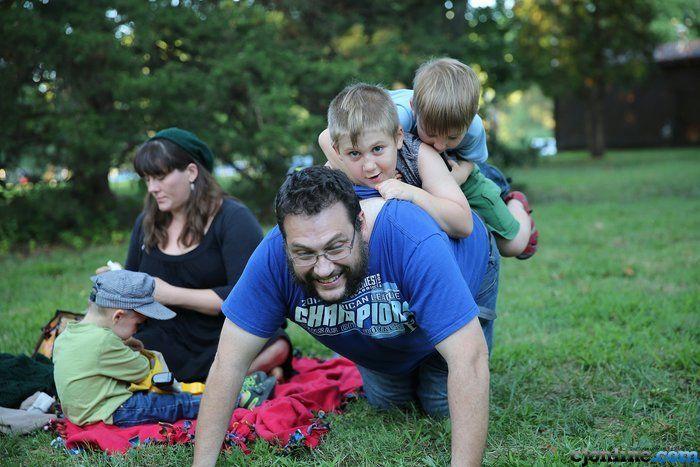 Many students may be familiar with Dennis Etzel Jr., English professor at Washburn University, as a lecturer of classes such as freshman composition and film appreciation, but fewer know about Etzel’s career as a poet. Just two years ago in 2013, Etzel published his first chapbook, “Sum of Two Mothers.”

Etzel is a native Topekan, and has been teaching for 11 years. He first taught at Kansas State University in 2004 as an assistant professor and came to Washburn as an adjunct professor in 2006. In 2007, he became a lecturer and has been at Washburn since.

“When I began teaching, I realized I love making these relationships and watching students be inspired,” Etzel said. “I’m bringing what I can to my students, but it is a two way street. I just love that, since so many professors did that for me while I was in school.”

Etzel said that before deciding to become a teacher, he was a programmer analyst at Capital Federal, and later started working the same job at Blue Cross Blue Shield. His first degree was in computer systems, thinking that Internet technology would be the right career choice, until one day he realized that he wanted something different. Then he realized teaching was his calling.

“A college degree should help you learn how to learn,” Etzel said. “I hope that my students will go back into the community with their knowledge and know how to – and choose to – help.”

Etzel said he hopes to encourage his students to express themselves and give them the tools to do so efficiently.

Etzel’s first published chapbook, “Sum of Two Mothers”, was a short book of poetry outlining his life with his two mothers and the life he has now created with his wife and children.

Etzel said that the purpose of writing this book was that he wanted to share with others his experiences that may make a difference when connecting to other people’s lives. He wants people to be able to use him as an example of a man that was raised correctly by a lesbian couple.

He talks about the lessons he learned as a child in his book, and how he applies them to his life now, while he is raising his family.

A section of his chapbook reads, “This figuring like an equation/ mathematical dilemmas of one woman/ my mother added/ to another/ I am the sum of two mothers/ which becomes/ any of every variable/ the measure of a son for my sons/ one x plus another x/ over me.”

“We all have stories about who we see as family, or who we embrace as family,” Etzel said. “I think we each have a story to tell and that story will help someone.”

Etzel has a second chapbook, “My Secret Wars of 1985,” where he describes the important movements that occurred in Topeka, both political and personal, and what it all meant to him.

Currently Etzel lives with his wife, Carrie, and his three kids, Asmund, Wystan and Raedan. They are currently expecting another child. Etzel still works as an instructor at Washburn where he takes bright young minds under his wing while continuing his poetry career.