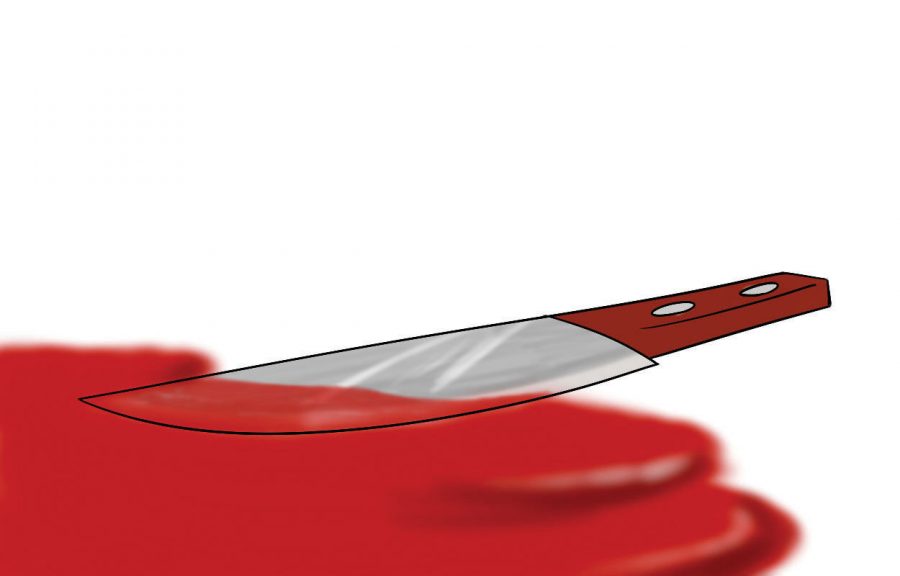 A murder haunts the Mayhew family legacy. Catch the show before it ends Nov. 7.

Be it primetime television, bestselling novels or the evening news, we are surrounded by tales of murder and investigation.

In this plethora of murder stories, we are driven to uncover not only the sensational details, but the reasons behind that most heinous crime. It is that one same frantic search for answers that inspired the story of “Murdermind,” produced by Topeka Civic Theatre.

The play follows the Mayhews, a family with a long, noble Southern heritage. One day their reclusive lives are suddenly upset by the resurfacing of a decades old bank robbery that is discovered to in fact have been a murder as well.

Though the family, especially the patriarch Curtis Mayhew, clings to their past and reputation, upstart Sherriff Jonathan Renfro does all he can to discover the truth amid their many secrets.

When judging a murder mystery, whether or not it keeps the audience guessing is paramount. “Murdermind” excels in this regard.

The detail-laden plot demanded my full attention, and the actors’ characters enhanced the unpredictability of the story.

Each character had a very strong personality or distinct function to serve in this play. This created a sense of security in who they are, but one that obscured the truth at times, too.

For instance, Dr. Delores Mayhew-Braum, played by Maegan Bishop, appeared with the airs of a professional, if a little naïve at heart. This initial judgement of her character distracts the audience from the truth to her which, as with the other characters, is far more intriguing than first believed.

Following the plot’s main theme of appearance masking reality, the set only served to enhance the action of the play.

All seen events take place in the parlor of the Mayhew house, which appears to be a time capsule of the family’s long history.

The audience and the characters from outside the home are drawn into the strange, stagnant world of the Mayhews and served with a constant reminder of how important pride is to them.

Credit must also be given for the costume work of this show. The clash of 1950s and 1990s styles highlighted the oddity of situations, and character foils were made much more complex by virtue of their costumes.

As with many mystery works, the weaknesses of this play stem from the requirements of the genre.

Strictly defined characters, such as the mean elderly maid Ida Strome played by Mary E. Franz, helped to create the element of surprise as new information was discovered and everyone’s true characters were brought to light. However, not much in the way of personal development is allowed.

Similarly, the appearance of Clifford Brownell, a nurse to help the family, was so convenient it made suspending disbelief trying at times. However, theatre need not always try to recreate the world as we most often experience it or expect to experience it.

Rather, it takes liberties with the believable for effect, and Gary Luke Foiles’ portrayal of Clifford certainly added dramatic and chilling moments to the show.

Whether a fan of murder mystery or theatre in general “Murdermind” will keep you on your toes and watching your back. “Murdermind” will be showing until Nov. 7. Show times and ticket information can be found at www.topekacivictheatre.com or by calling the box office at (785) 357-5211.