Book Review: “Everything Leads to You” is an unexpected delight 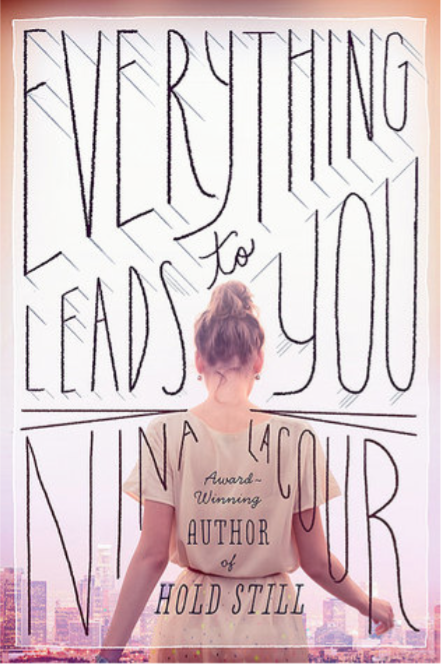 Book Review: "Everything Leads to You" is an unexpected delight

Life is full of hidden gems and “Everything Leads to You” by Nina La Cour is a precious one. The story follows Emi, a graduating high school senior interning as a Hollywood set designer. Still fresh from a harsh break-up with her long time girlfriend, Emi throws herself into her latest project and finds herself at an estate sale with her best friend Charlotte. While digging through the momemotos of a recently deceased Old Western movie legend, Emi stumbles upon a mysterious letter to his secret daughter and makes it her personal mission to track the woman down.

There is so much more meat to the story than that, but since there is a bit of a mystery aspect to it, it’s best one goes in blind. This novel made me smile. A lot. It gave me those warm, fuzzy feelings, like when you’re driving with the windows down with your friends on a perfect summer afternoon. It’s the most original romantic-comedy I’ve read in quite some time, although I hesitate to confine it to that single label. The brunt of the story focuses on Emi’s personal growth as well as her shenanigans with Charlotte, but yes, there is definitely a romantic subplot to it as well.

Emi was such a passionate person, it was impossible not to get excited along with her. Her older brother, who also worked as a Hollywood techie, hooked his younger sister up with her dream job: designing sets. While other people built the bare bones of a set, it was her responsibility to fill it with the furniture, wallpaper and necessary personal touches. It was fascinating to read about that process, because you never really think about all of the careful planning that goes into each frame of a movie. You wouldn’t believe what Emi went through to find the perfect couch for one single scene.

Her career aside, what she’s most passionate about is people. She was such an idealistic romantic. She loved deeply, and that was both her biggest strength and flaw, which was an interesting characterization choice to make. The best way to put it would be to call her a beautiful mess, because ,wow, did she mess up sometimes. She was impulsive, did not take advice well and got too invested in how things ought to be rather than how they are, but you loved her regardless.

By far my favorite aspect of this novel was her friendship with Charlotte, because we all need a best friend like that in our lives. Charlotte was this cool, voice of reason ray of sunshine, and all of her scenes were wrought with humor, whether she was goofing around, investigating the mystery or laying down some hard truth bombs for Emi.

This really was a funny book, and it didn’t pull any punches tugging at your heartstrings. There was so much love in these pages- love for friends, movies and their many technical intricacies, family, significant others and love for yourself. “Everything Leads to You” will keep you engaged from start to finish no matter which of those reasons you pick it up for. If you want a feel-good coming of age story with equal parts dry wit and unapologetic heart, look no further.