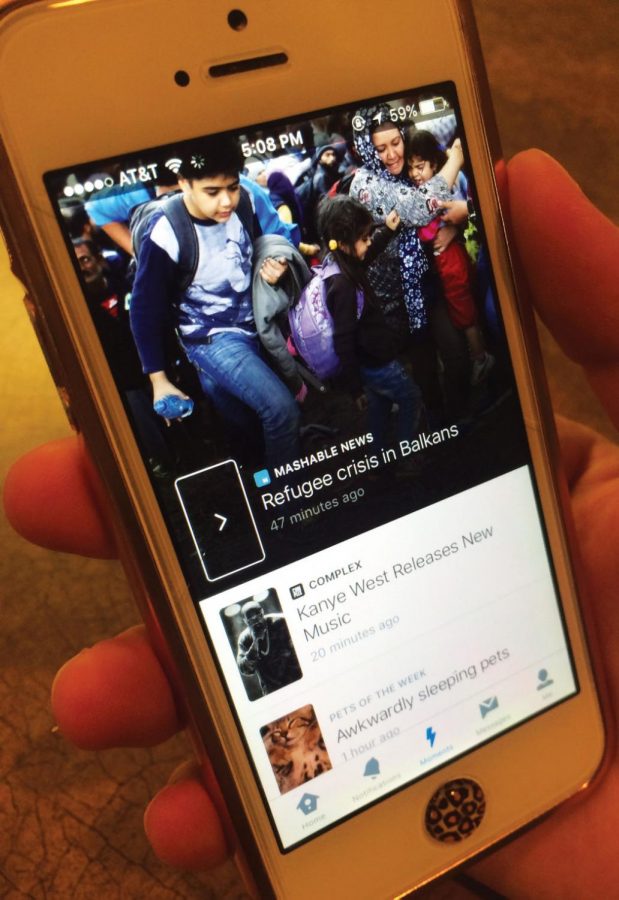 October 6, Twitter launched a new tab designed to offer the best of Twitter with just an easy swipe of the screen.

The Moments tab is currently available only to people in the U.S. on Android, iPhone and the desktop web.

The new tab offers viewers a glimpse at popular, recent events that are happening in sports, news, entertainment and the like. This new feature allows users to click on the popular events and trending stories being shown in each category, allowing users to choose which stories to find more information on.

“Moments helps you find the best of Twitter as easily as tapping an icon – regardless of who you follow,” explained the micro-blogging site. “Just visit the new tab called Moments, where you will discover stories unfolding on Twitter.”

The icon for the Moments tab is a lightening bolt, a reference to its previous name “Project Lightening.” This has confused some as they somehow expected it to be connected to Harry Potter.

Important things to know about this Twitter feature are that Moments emphasizes curation over the live stream. Twitter claims not to be interested in being a traditional news source, as it is primarily geared toward new users and the growth of the Twitterverse.

When you tap into a Moment, you’re taken to an introduction with a title and description. Start swiping to dive into the story, complete with immersive, full-bleed images and auto-playing videos, Vines and GIFs.

Moments has received a mixture of feedback, though most of it positive.

Faires said that the format was easy to follow and that it was a nice change from hashtag searches. Currently, most Moments are collected by a Twitter team and some are contributed by partners like Bleacher Report, Buzzfeed, Entertainment Weekly, Fox News, Getty Images, Mashable, MLB, NASA, New York Times, Vogue and the Washington Post.