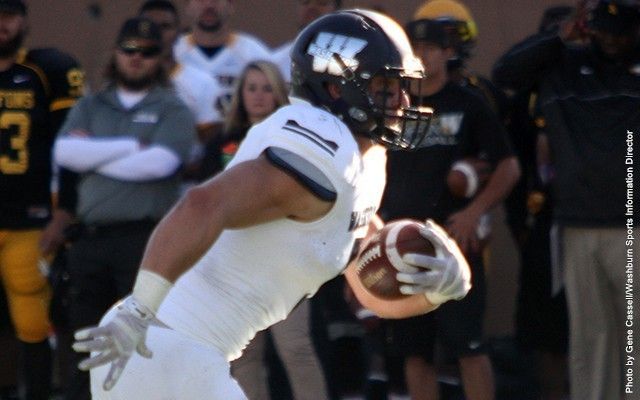 After losing two consecutive games, the Ichabods revitalized their season by crashing the homecoming ball 21-7 blowout this weekend at Missouri Western (4-3 MIAA).

“This week’s game we wanted to focus on our assignments and executing our play calling. Last week we didn’t do a good job of staying focused on defense and the guys did a stellar job,” said Jaime Myers, senior defensive back.

The Ichabods played excellent defense holding the Griffons to 254 yards of total offense, which is the least yards allowed for the season.

The first quarter was a quiet storm for both teams until thunder struck on the Griffins defense.

Derek McGinnis connected with Bryce Chavis for a 10-yard touchdown giving the Ichabods the lead, 7-0.

The Ichabods shut the Griffins offense down by not allowing them to see seven for the first half. The Ichabods came out strong in the second half.

On Westerns first offensive drive, Cody Heiman put the team on his back, scoring on a 25 yard interception return for pick six, going up 14-0 with 14:16 seconds left to play.

The Griffins would no longer allow the homecoming ball to be a disaster. After an 84-yard kick off return by DiJuan Ussery, the Griffins scored on a 4-yard touchdown from TJ LaFaver to Aleck Ferbet reducing the lead 14-7 with 14:01 left to play.

The Homecoming ball became silent again until the fourth quarter hit, when the Ichabods emerged again with Derek McGinnis linking up with Bryce Chavis for a 46-yard touchdown strike, crashing the party with a 21-7 victory over the Griffins.

“We worked very hard over the summer in seven–on–seven working on our craft and its paying off in great favor,” said Derek McGinnis.

The Ichabods hauled in 414 total offensive yards and will return to put on the glass slippers next week against the University of Central Oklahoma Bronchos on Oct. 24 at 2 p.m. in Yager stadium.

For a full football schedule and roster of the football team, visit wusports.com.