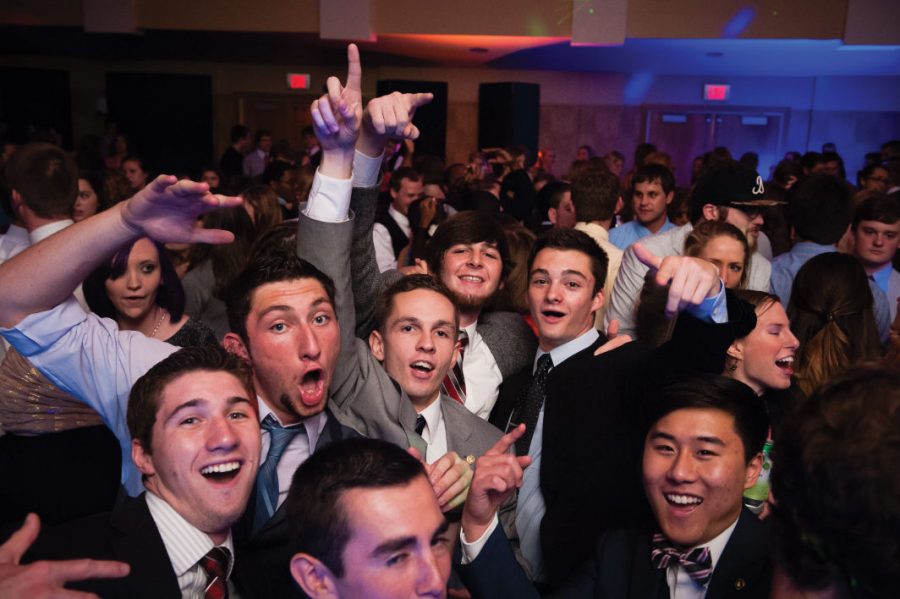 The week of celebration kicks off with a window decorating competition that will be displayed in College Hill storefronts.

Monday, Oct. 19, brings the top hat decorating competition, where hats decorated by student organizations and departments will be judged and later auctioned off. Monday evening is the Homecoming Ball, open to students and their guests, during which the royalty candidates will be announced.

Tuesday, Oct. 20, includes the banner decorating competition and the Ichabod Race, where student go on a scavenger hunt for iconic Washburn locations.

Friday, Oct. 23, Washburn Volleyball will host Pittsburg State at 7 p.m. followed by a bonfire at 8 p.m.

Saturday, Oct. 24, begins with the annual Homecoming Parade at 10 a.m., followed by the Grand Tailgate Party at 11a.m. The Ichabods football team faces the University of Central Oklahoma Bronchos at 2 p.m. and ends with a volleyball match facing the Bronchos at 6:30 p.m.

Glynnis Debenham, the PanHellenic director at Washburn University and representative of Student Activities and Greek Life expects this homecoming to bring alumni back to the campus community.

“I think homecoming will bring the community together, this year especially since it’s the 150th. There are going to be a lot of alumni coming back,” said Debenham. “We’re just a smaller community at Washburn, and it’s a great opportunity, especially [with] the themes we have this year. They’re going to be great.”

Although Debenham is director of sororities at Washburn, she also likes to see other student organizations involved in homecoming, especially in events like “Yell Like Hell.”

“It not only gets the Greek community, it gets the whole community,” Debenham. “I love seeing baseball players get out there. It’s an opportunity for us to see them in an environment we don’t normally get to. It gives everybody the opportunity to be involved in even if they aren’t in an organized club.”

Seth Hachmeister, freshman athletic training major, is also excited for the homecoming events, He stated he feels more involved in the Washburn community during the homecoming week.

“I’ve gotten more involved in Yell like Hell and the Ichabod Race, we’re actually getting ready to start those,” Hachmeister said.

“Yell Like Hell” and the Ichabod Race aren’t the only events that are popular on campus. Becca Shelton, sophomore criminal justice major, is excited for the parade.

“I’m super excited for the floats,” said Shelton. “I’m in Alpha Phi and we’re making a kickass float, so we’re going to win.”

Another Student Activities and Greek Life employee, Dani Bradrick, is also excited for the parade as she is the Grand Homecoming Parade Coordinator.

“We’ve been sending out reminders to get involved,” Bradrick. “Student organizations can get involved. Any student group can sign up. We even have a lot of students volunteering for the parade.”

Washburn Student Government Association has also been working on preparations for homecoming.

Zachary Johnson, marketing director for WSGA and marketing and publicity committee chair for the homecoming committee, said WSGA has been encouraging the community and students to get involved in the homecoming events.

“We’re doing social media blasting,” said Johnson, “Right now on Facebook and Twitter we are showing photos of the daily schedule of homecoming, so we’re showing what’s happening [during the week].”

He added that the events can be seen on the BodVision TVs across campus, where students can check out where and when the event is happening.

Johnson also said he believes the 150th anniversary of Washburn makes this homecoming even more special.

“Since it’s the 150th anniversary everyone really wants to support Washburn,” said Johnson. “It’s a big thing to be a college or university for 150 years, not many do it and it means we’re quite old. It’s pretty awesome in 2015 to be an older university. I feel like people in town, in the surrounding counties and alumni at Washburn will come to celebrate this great university’s homecoming. They’ll see friends old and new on that day and it will be like a big family reunion of Ichabods.”