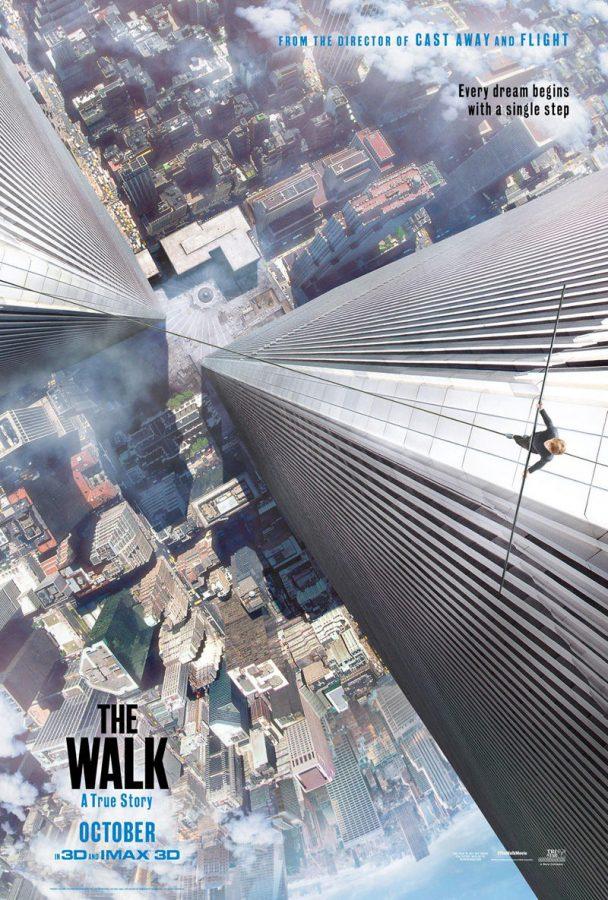 Vertigo is a very real thing while watching “The Walk.” Set in 1970s Paris and New York, this film follows the true story of Philippe Petit, the famed French street performer, as he conspired to walk a high-wire between the twin towers of the World Trade Center. This venture being highly illegal, the stakes were high for Petit and his accomplices in this elaborately conceived venture.

Right off the bat, let me urge you to see this in 3D. This film was one of those few times where it truly added something to the experience. In the opening scene, the audience is confronted with Petit (Joseph Gordon-Levitt) standing atop the Statue of Liberty, narrating the story. That was the first of many times that my palms were sweaty while watching him pull a stunt in an incredibly high place. I didn’t particularly see that aspect as necessary, though. A voice over would have sufficed, whereas seeing him standing there reminiscing felt like it was purely for the shock value previously mentioned. Not a major flaw, but it noticeably stuck out.

The cinematography was gorgeous. The final third of this movie was the actual walk across the towers, and the CGI employed there was equal parts captivating and terrifying. Each lap Petit made across the high-wire had me white-knuckling my armrest from suspense.

The first two thirds of this film, though, were concerned with showing us what made Petit tick. While not nearly as exciting as watching him perform his infamously daring walk, we were given a glimpse at his intense passion for the craft and how he got started. Gordon-Levitt wonderfully portrayed a man possessed by a dream. His French accent was spot on for the non-traditional accent of the real life Petit.

There was so much anticipation in this story. It felt like a heist movie, what with the countless hours Petit and company spent meticulously planning how they would break into the building and assemble the high-wire without getting caught by construction crew or police. There were times when he lost me, where all of the risks didn’t seem worth it for the sense of accomplishment alone. The story eventually got back on track, but for over an hour of anticipation and merely talking about the event in question, it was hard to keep up the enthusiasm.

So while there was a very long drum roll that dragged and a strange choice in narrative vehicle, the story’s payoff was stellar. Gordon-Levitt did a great job in such an intensely physical and emotional role. “The Walk” was shot and directed with obvious reverence to the twin towers and their history, and the digitally replicated towers and New York skyline were a thing of beauty. Fair warning: your stomach is guaranteed a few back-flips.