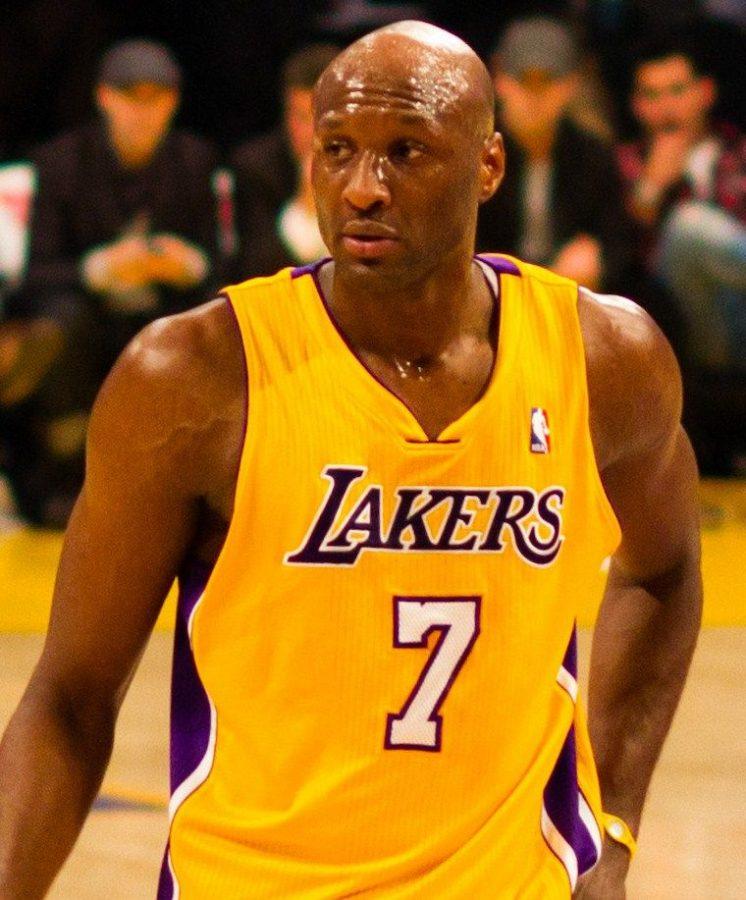 Lamar Odom, 35-year-old professional basketball player and celebrity, is fighting for his life after being found unconscious at a brothel in Crystal, Nevada on Oct. 13.

According to the Nye County Sheriff’s department, Odom had ingested over 10 sexual performance herbal supplement pills and had also taken cocaine. Employees at the brothel found Odom unconscious with a pinkish fluid coming out of his nose and mouth.

“Why would he take so many pills?” said Taylor Zimmerman, senior kinesiology major. “Why would someone even do that?”

Odom was transported to Sunrise Hospital and Medical Center. According to People Magazine, Odom is now off of a ventilator and is breathing on his own. The magazine also confirmed that Odom has now awoken from his four-day coma. However, Odom’s long-term medical condition is still unknown.

“[These events] don’t surprise me, honestly, but it’s definitely really sad,” said Ben Faires, a sophomore mass media major. “I don’t think people should be mixing drugs and pills to get the performance they need.”

Although Khloe Kardashian and Odom had signed official divorce papers earlier this year, the divorce has not yet been finalized, meaning Kardashian will be in charge of making the medical decisions for Odom.

“Thanks for your outpouring of prayers and support for our dad,” said Odoms two children in a statement to ET magazine. “We are here with our family and friends. We appreciate everyone respecting our privacy at this time. We ask for your continued prayers.”