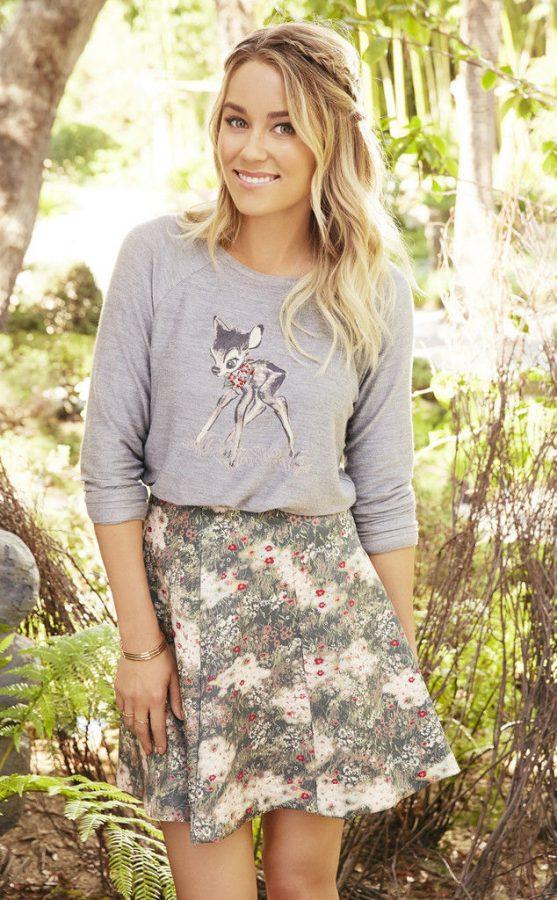 Beloved characters from Disney’s 1942 classic “Bambi” movie are being brought back to life into a clothing line produced by fashion designer, blogger, author and television personality Lauren Conrad.

Conrad, who has had a successful year with her clothing line LC by Lauren Conrad, sold at Kohl’s stores, introduced her third Disney inspired clothing line on the official LC Instagram page.

In an interview with Us Weekly magazine, Conrad said, “I have always loved Bambi. I was so excited to be able to create this collection featuring him and his friends.”

“There are lots of Disney fanatics I know so I could see a lot of women, and parents who have nostalgia about Disney, wanting to wear an outfit [like Conrad’s],” said Mindy Barks, a Washburn mass media graduate. “[This collection] is super cute.”

Conrad has previously swooned Kohl’s customers with clothes inspired by Minnie Mouse and Cinderella. The Bambi collection is sure to showcase the lovable, classic characters as well as elegant foliage designs in the 16-piece collection. Many of Conrad’s pieces will showcase sketches of familiar Bambi characters, such as Flower the skunk and Thumper the rabbit.

“I like [the collection] and I think it’s super cute,” said Tylor Denoya, senior mass media major. “If I would wear the clothes or not would just really depend on what the clothing looks like, but I think Lauren Conrad is classy enough to wear it, so it would seem more adult [appropriate]. I’m all about Disney.”

Conrad’s Bambi collection is currently available for sale at Kohl’s stores and online.