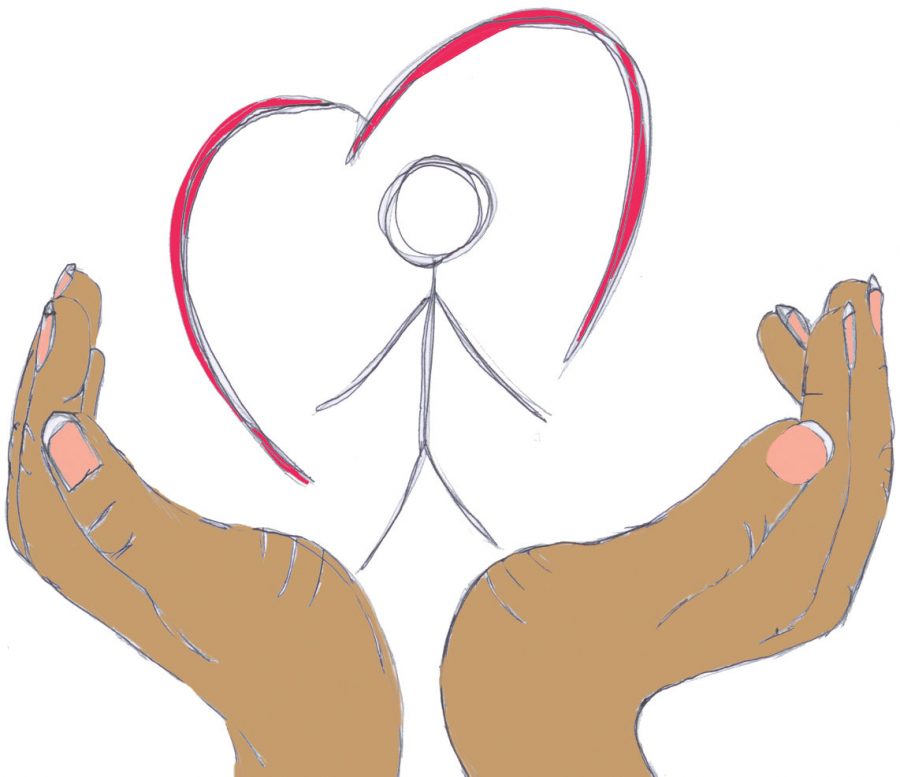 A campus victim advocate would act as a confidential resource for victims, whether they wish to report or not.

A forum discussion on hiring a trained victim advocate for campus was held during a Gender Brown Bag Lecture Wednesday, Nov. 11.

This advocate would be a trained confidential resource on campus who would assist victims of sexual violence in accessing resources, making informed autonomous decisions and reporting to authorities if the victim chose to do so.

The introduction of this possible new employee is a response to student concerns about a breach of trust with the implementation of responsible employees, commonly known as mandatory reporting, under the non-discrimination policy.

Sullivan explained that faculty members are concerned that the current situation puts the faculty and student relationship of trust at risk.

“Faculty have the responsibility to protect student rights and freedoms,” Sullivan said. “We are often among the most trusted adults in a student’s life and the person they will confide in after an assault and other things including boyfriend breakups and pregnancies … My concern is that, although the intent is to make this a safer campus, and I very much want that, I want to be sure that we’re being responsive to victims’ needs.”

Students at the event explained that they want to be able to go to the people they trust on campus, namely the faculty and staff they interact with on a daily basis.

“They want to tell us because we have that relationship with our students. Most of us work very hard to have those relationships,” Sullivan said.

Foster said that right now the options available through the equal opportunity office in addition to reporting and investigating include getting victims to resources and implementing remedial actions to help them. Foster said that a victim advocate would be an asset to the campus.

“It would be a lot easier if there were some place on campus where you could refer people rather than having to have them leave campus or go someplace where they’re not familiar,” she said.

Petersen, who has focused much of his work on victim and survivor services, mentioned that training and prevention are also important in order to raise awareness and get ahead of the situation.

Dahl, who attended Kansas Academy for Victim Assistance training, described the influence that trauma has on a victim and how it is important to have trained individuals who know how to appropriately respond and assist.

“Part of the trauma informed training is to make sure that the services that you are providing do not traumatize the person,” Dahl said.

Because the process of reporting to the police or to a Title IX officer and investigating a report can be intrusive, a victim may choose not to report right away or at all. In such a situation, a victim advocate could be a confidential source for a victim looking for other avenues and resources.

“As advocates in the community … we are solely concerned about that victim and we are the only person through the whole process that is solely concerned about that victim,” said Vivian Mosier, public education coordinator for the YWCA Center for Safety and Empowerment. “That would be that victims’ advocate’s focus and I think that’s so very important. That peace of having a person that they can trust and they can come to.”

According to Joel Bluml, associate vice president of student life, the element a victim advocate could bring to the table is that of confidence in the victim coming forward.

“They have the capacity to tell that student ‘I believe you,’ ‘I’m sorry,’ ‘How can I help you,’” Bluml said. “Some of us in our roles, we can’t do that. We have to be the person who needs to be objective and listen to both sides.”

Kelly Erby, assistant professor of history, mentioned that the success of victim advocates at schools like Kansas State University and the University of Kansas, is due in part to their outreach on campus, building trust relationships with faculty [and] holding office hours.

The consensus was that, ultimately, having a victim advocate on campus would adhere to the current policy while avoiding the potential breach of student and faculty trust relationship.