‘Into the Woods’ deserves a moment in the spotlight 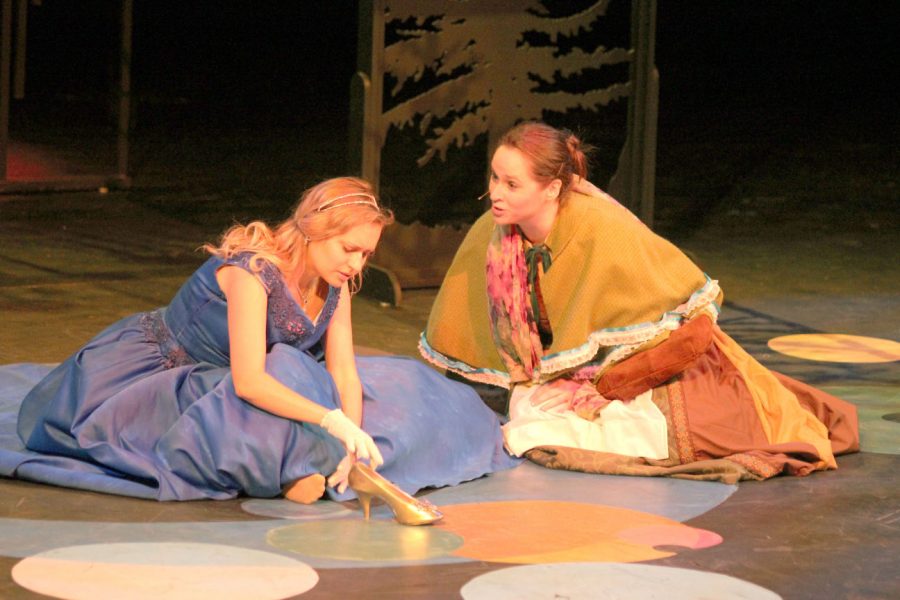 A traditional broadway staple, “Into the Woods” is a piece that has been performed by everyone everywhere. A large scale play in two acts that are hard to squeeze down to a size below two hours and 45 minutes, the play is logistically challenging to pull off on any size of stage. Washburn, however, pulled it off.

What the ensemble could pull off in the little parts of the show, they did well. For those who don’t know, the narrator actually plays a crucial role in “Into the Woods,” and making him turn off his phone at the beginning as an indicator that I should turn off mine as well was subtle brilliance. The tree meant to represent Cinderalla’s actual mother being played by an actual person? It’s these little things that made me giggle a little bit in excitement for the show.

“Into the Woods” typically involves a large, movable set that augments the actors’ performances. However, this show didn’t need that. Instead, the set was made up of multiple movable, see through, metal stands that allow you to see the entire stage but still let the set crew adjust and prep everything during the show. By the way, that set crew? Besides the supporting actors controlling bird puppets, the set was changed seemlessly and made no infraction on the show’s actual performance. Quality work.

Now let me be clear for any of you who think that watching the movie version of “Into the Woods” is even moderately acceptable– It’s not.

The main reason why you need to see an “Into the Woods” production in person is because there is just something about great singing being performed in person that is absolutely breathtaking, especially to those new to live theatre.

The “Into the Woods” main theme was upbeat, and this particular cast made me wish I could get up and dance on stage with them. The song “Agony” was supremely chilling, while its reprise later on certainly gave a comedic feel. The two princes essentially sing about how they wish to get the girl, and then want to get a new girl. Princes, never can trust them.

It’s more than the songs that brought out such a vast amount of emotion from the actors. The emotions from certain actors such as Little Red Ridinghood and the Baker’s Wife made them stand out above the rest. Even the witch felt particularly alive with energy, whether she was angry or remorseful.

However, the show did not get five stars from me. The Baker, one of the show’s main characters, sounded like he was unintentionally asking a question whenever he spoke, his voice trailing off even in the middle of songs. The attitude in this show was great, and although he was an amazing singer, Jack felt more like a sassy college student than he did a naive young man when he spoke to others, especially his mother. And if that wasn’t enough, the show still couldn’t get over the main humps of “Into the Woods,” such as the cumbersome awkwardness that accompanies the second act.

Overall, I loved the show, though. Now go watch it!