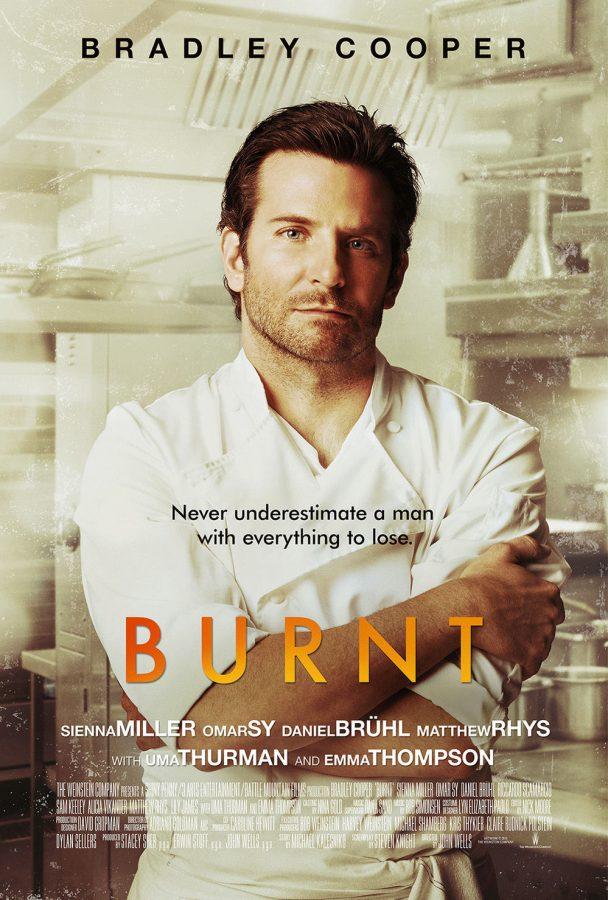 If there is one thing to take away from this, it’s that Bradley Cooper is a very charming man. “Burnt” follows the story of Adam Jones, an up-and-coming chef with a big reputation. The movie opens several years after Jones’ chaotic lifestyle lead him to lose his restaurant. In hopes of rebuilding his shattered life and career, he moves to London and starts working at a new restaurant with dreams of opening his own one day.

This film did one thing beautifully and that’s food. There was such a love for the culinary arts present, from the way each dish was cooked and presented to the honest look into the pressures and competitiveness of the restaurant game.

What bothered me, though, was the fact that the audience was just expected to believe that Jones (Bradley Cooper) was some culinary genius. Yes, the dishes he presented looked great and everyone made happy faces when they ate them, but I never bought it.

It would have been great to hear the characters talk about their dishes, what worked and what didn’t. Instead, we got cheesy montages and a lot of shallow praise for Jones’ skills that we had no reason to believe. Don’t just tell me someone is awesome at their job, prove it.

Our protagonist Jones was all right, but he was a cliche like the rest of the story. An attractive white man is an egotistical jerk, learns a lesson, falls in love and wins in the end. It’s depressing how many films follow that same basic plot line and “Burnt” doesn’t bring any originality to the table. It was just boring to watch.

I cared about Jones to some small degree, and he made me smile once or twice, but I chalk all of that up to Cooper’s talent. A seasoned actor (pardon the pun) like him is hard not to love, even in a role as simplistic and predictable as this. If not for him, this film would have crashed and burned.

Helene (Sienna Miller), Jones’ love interest and sous chef, was incredibly interesting and brought a powerful presence to the screen. With a combination of stellar acting chops and easily the most interesting character arc of the entire film, why wasn’t she the main character? There was certainly enough potential.

This was not a poorly made movie. The acting was impressive and the film was shot with obvious care and style. It was the script that was lacking, and the cast and crew could only do so much with it. I walked away from “Burnt” hungry for both good food and better writing.