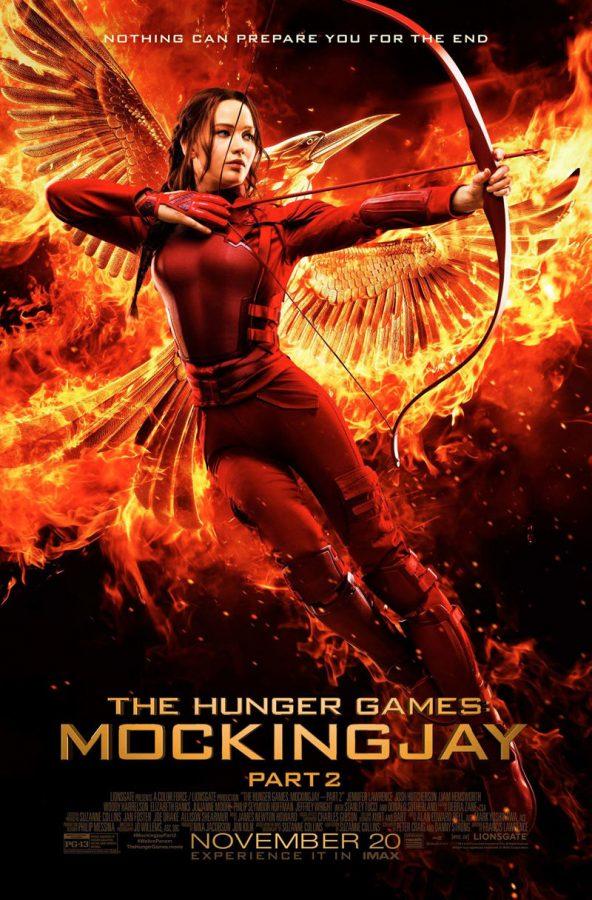 “The Hunger Games” franchise has been a solid series of movies. They come from a beloved book series, and the movies have done a fine job adapting the story to the big screen. The casting is always spot on, the story has plenty of amazing action set pieces and it never fails to deliver in terms of world building and stunning visuals. As the story has unraveled, it’s easy to find yourself connected to the plight of those oppressed by the tyranny of The Capitol.

“Mockingjay Part 2” picked up where its predecessor left off: In the country of Panem, the districts are being destroyed after having shown support for Katniss (Jennifer Lawrence) and the rebels. Peeta (Josh Hutcherson) has been rescued from his confines in The Capitol, but the rebels discover that Peeta has been brainwashed to serve President Snow’s (Donald Sutherland) agenda: killing Katniss. Conflicted and enraged, Katniss attempts to convince President Coin (Julianne Moore) and Plutarch Heavensbee (Philip Seymour Hoffman) to let her go to the Capitol and kill Snow. When that plan falls through, she goes AWOL with a team of Boggs (Mahershala Ali), Cressida (Natalie Dormer), Pollux (Elden Hanson) and Finnick Odair (Sam Clafin). As Katniss and her team progress through The Capitol to get to Snow’s mansion, however, they encounter a city full of heinous traps on their trek. Ladies and Gentlemen, welcome to the 76th Hunger Games.

“Mockingjay Part 2” is filled with well executed twists and some pretty terrific action scenes, but it sadly lacks any conventional development with its characters, focusing mainly on Peeta and Katniss’s relationship where it would have been more appealing to see more from Katniss’s other relationships, such as with her teammates Boggs, Finnick, Cresida and Pollux. The film’s story also relies heavily on the poignant relationship between Katniss and her sister Prim, but it is hard to feel any connection to this relationship because the interaction between the two over the course of the film series has been stretched thin in comparison to the first movie.

The most positive attribute of the film were the performances. The actors and actresses all gave terrific performances. Jennifer Lawrence is an outstanding Katniss, her steely gaze is both intense but vulnerable. Her interaction with Peeta is gripping. Although Josh Hutcherson was fantastic as Peeta, his character has probably been the least enjoyable. Perhaps that’s personal bias, but I have an affinity for characters with tragic and intense personalities, and Peeta has always just been the affable, dependable good guy. The previous film did not provide me with enough context to feel moved by Peeta’s brainwashing, but Hutcherson’s performance in this film is of an individual who is experiencing true fear and pain, and his acting abilities really shine in this performance.

I also, as always, was enamored with the amazing talent of Donald Sutherland. Sutherland is an acting aficionado that has sadly spent his acting career unrecognized until this recent film series. Sutherland’s performance as Snow truly shined as he brought a little humanity to an intensely unlikeable and despicable villain. Hoffman’s Heavensbee did not appear in many scenes because he sadly died from a drug overdose before completely his filming, his small performance in this film still is very impressive. Clafin’s performance as Finnick offers some snarky, but needed comedy, although he doesn’t have the impact of many other characters in Katniss’ team.

The film had plenty of enjoyable action scenes, but some of them were poorly filmed. “The Hunger Games” has always had interesting action set pieces, but ultimately the execution of the scene isn’t perfect. Whether it’s the shaky-cam that stilted the first film or the computer animated baboons of “Catching Fire” the series creators aren’t always great at actually executing action sequences. In “Mockingjay Part 2,” a truly suspenseful scene in the sewers of The Capitol was ruined by a disorienting action scene with odd camera angles, blurry pans, bad fight choreography and poor lighting.

Still, this film is enjoyable. The performances are great, the world is impressive and there are still plenty of action scenes and shocking plot developments that make for a really impressive film that remained true to its source material. I can highly recommend it.