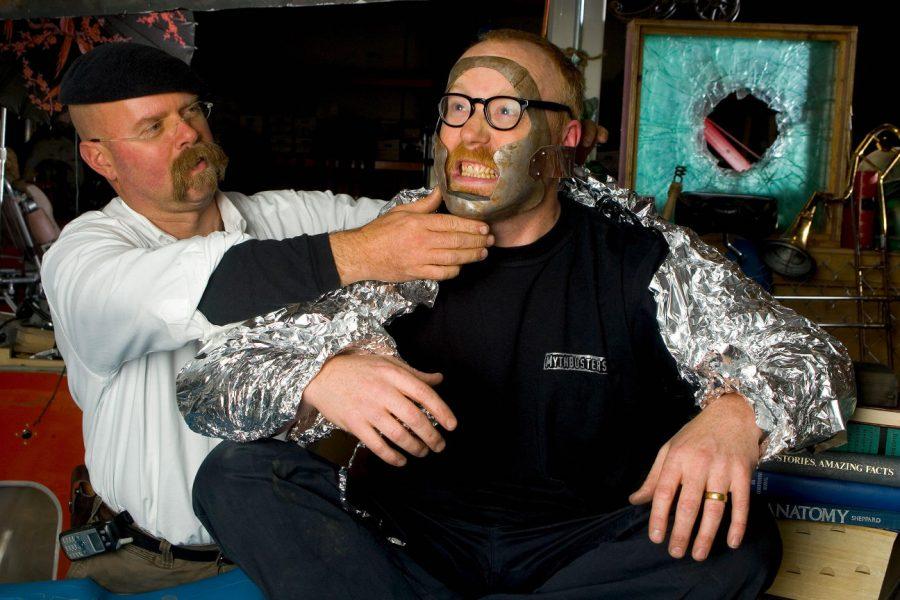 When MythBusters first aired on television in 2003, it quickly became a new kind of television sensation with the stimulating science experiments used to prove and disapprove myths.

After 13 years, 250 episodes and over 3,000 exciting experiments, explosions and new encounters, Discovery has officially announced the end of MythBusters. However, co-hosts Savage and Hyneman were prepared for the final days of the show and were informed of the cancellation earlier this year.

“It’s kind of strange that the show is over,” said Tara Guinotte, junior occupational therapy assistant major. “I remember watching it with my older brothers when I was pretty young and I remember being mesmerized by the different experiments and everything. It’s not a show that I’ve recently watched, but I feel like they might get more publicity and even have reruns of their show now that’s it’s over.”

In an interview with Entertainment Weekly, Savage said, “Three or four years ago we started wondering more if we were going to be renewed. We’ve been filming the last season this year and we get to send it off. We get to pay homage to this thing that’s changed our lives.”

Savage allowed fans to directly tune into the final episode filming day by live tweeting moments throughout the episode using his Twitter account, @donttrythis and the hashtag #mblastday. Fans followed Hyneman and Savage as they looked back at some of their most exciting myths ever, including many explosions and car stunts. Savage also tweeted photos of his office and some of the props used on the show.

Fans can show Mythbusters co-hosts their appreciation and say their goodbye’s on Twitter using the hashtag, #MythYouGuys. Nevertheless, fans can still get a taste of the fun from MythBusters during Savage and Hyneman’s farewell tour, Jamie and Adam Unleashed, which will be stopping in 32 cities and will be coming to Wichita, Kan. on Dec. 1.

“I’m not a die-hard fan [of the show], but it’s cool that they’re still doing it,” said Paul Muzzy, senior kinesiology major.

Although the final episode has been filmed, it won’t air on television until season 14 concludes in January. Season 14 kicks off on Jan. 3 on Discovery Channel.