Plans made to bring ‘District 12’ to Georgia 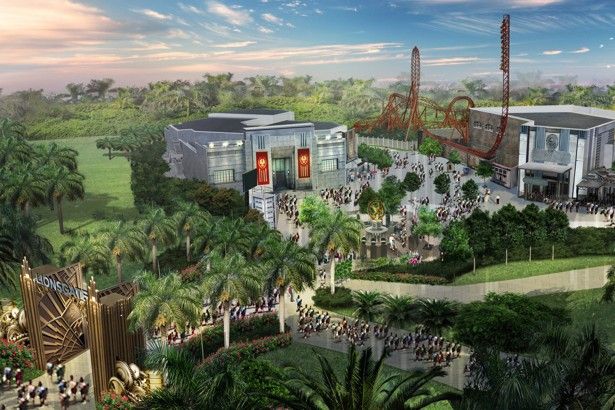 Katniss Everdeen and Peeta Mellark will come to Bartow County, Georgia in 2019.

Lionsgate Entertainment, who has distributed all “The Hunger Games” movies, has announced that a theme park centered on the exhilarating, dystopian movie series will be opening in the near future at the soon-to-be built Avatron Park.

Avatron Park CEO Dave Garrett spoke with WSB-TV Atlanta, saying, “This is going to be a first-of-a-kind park. It’s going to be totally interactive, immersive. It’s technology and entertainment. ‘The Hunger Games’ has an enormous following, and anyone that doesn’t believe it, just put it in Google.”The unique theme park will be operating on more than 700 acres of land about an hour outside of Atlanta, which is strikingly close to where parts of “The Hunger Games” movies were filmed.

“I don’t know if I would ever dedicate a whole theme park to the series, but I think theme parks are fun,” said Molly Dewerff, an undeclared freshman. “I don’t think I would ever travel to go there, but I probably [would see it] if I was in the area.”

This theme park, however, will go above and beyond the traditional theme park rides and attractions.  It also will feature costumed characters as well as re-creations of the post-apocalyptic places in the films, such as District 12 and Peeta’s bakery.

Parkgoers will be able to fully immerse themselves into the movie with virtual technology and experiences.

“The Hunger Games” won’t be the only movie-inspired attraction at Avatron. Other popular films, such as “Step Up,” “Divergent” and “Twilight” could also be part of the theme park’s plan.

Lionsgate has also teamed up with Motiongate Park in Dubai, which will be opening in October 2016 and also will feature “The Hunger Games”- and “Step Up”-inspired attractions.are as glamorous as you see in the magazines.”