Starbucks criticized for lack of Christmas decorations on cups 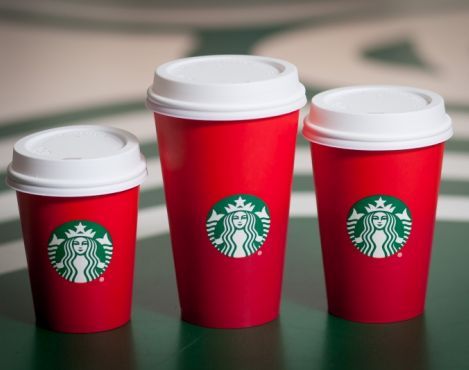 This holiday season, Starbucks is keeping it simple with red cups.

Starbucks, the largest coffee shop chain in the world, began serving their coffee in plain holiday-red cups, in order to spread cheer during the season.

Known for their passion for serving all types of customers regardless of culture or background, Starbucks decided to not include any Christmas decorations such as stars, reindeer or evergreen trees on the cups in order to be respectful of the religious practices of all types of people.

Almost immediately, however, some members of the public that celebrate Christmas as a religious holiday began to criticize Starbucks’ choice of leaving the cup free of holiday decorations. This criticism of Starbucks’ holiday cups was especially prevalent on social media.

Dolores Villega, who works at the Study Grounds coffee shop in the Washburn Mabee Library, isn’t opposed to the idea of having a few decorations on the cups.

“Having something on [the cups] doesn’t have to mean you’re into Christ or anything,” Villega said. “Just have some spirit.”

There are, in fact, some coffee shop chains that do still include festive decorations on their cups. Dunkin’ Donuts released their holiday cup displaying the word “joy” on the front only shortly after Starbucks’ cup release. Caribou Coffee is also using festive holiday-themed cups during the season. Scooters Coffee cups have snowflakes.

Starbucks is not completely ignoring the holiday season, however. They are now serving their seasonal drinks: the peppermint mocha, chestnut praline latte and caramel brulee latte.

On the Washburn campus, no one seems particularly upset about the red cups. Even though she works at a coffee shop, Villega hasn’t yet met anyone who is actually outraged at the cups devoid of Christmas decorations.

Washburn student Allison Budke, who is currently studying music education and performance, doesn’t care at all about how Starbucks decides to decorate their cups.