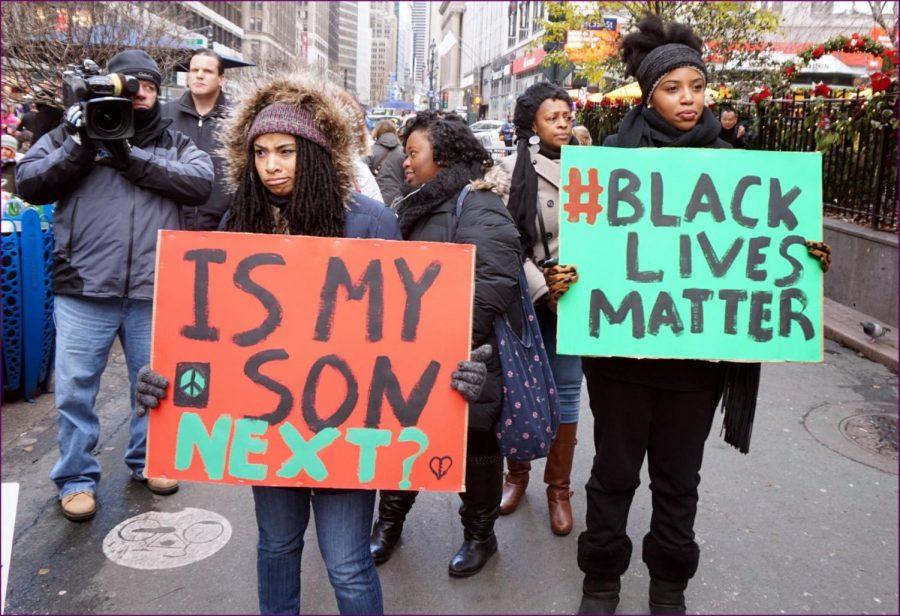 What began as a small but fierce rebellion in a St. Louis suburb exploded into a wildfire that has engulfed the whole country. The Black Lives Matter Movement began as a bold way to protest injustice and raise public consciousness, blending social media organizing with old-school civil disobedience: marches, sit-ins, confrontations with police. Galvanized under a three-word slogan, the group quickly morphed into a popular, accessible movement.

The movement focuses on the fact that black citizens have long been far more likely than whites to die at the hands of the police. Demonstrators who chant the phrase are making the same declaration that voting rights and civil rights activists made a half-century ago. They are not asserting that black lives are more precious than white lives. They are underlining an indisputable fact—that the lives of black citizens in this country historically have not mattered, and have been discounted and devalued.

In July 2013, Opal Tometi, co-founder of Black Lives Matter, discovered that George Zimmerman, who had been charged in the murder of 18-year-old Trayvon Martin, the teenager who George Zimmerman stalked and murdered in Sanford, Florida, in February 2012, had been acquitted.

After hearing the news, Tometi was inspired to build a movement to prevent this from happening again. She read a Facebook post by Alicia Garza arguing that the anger people felt was justified and that “black lives matter.” Inspired by Garza’s post, Patrisse Cullors put a hashtag on that crucial phrase and began posting it on social media. Garza and Cullors became co-founders. They created #BlackLivesMatter and used social media presence online to forward conversation about what is taking place in black communities.

The movement gained power after the fatal shooting of Michael Brown in Ferguson, Missouri. As they continued, more and more people starting using the #BlackLivesMatter slogan on social media to draw awareness to the cause.

In a matter of weeks, the movement shattered what remained of the notion of a “post-racial” America and reoriented the entire national conversation on anti-black racism. The movement follows in a tradition of black struggles in the United States whose impacts far exceed the numbers of people involved and go well beyond their point of origin.

The movement has done something all too rare in our time: it’s escaped the control of the ruling establishment. Neither police repression nor Democrats have been able to stop the movement, which has confounded the politicians and the news media.

The strength of today’s Ferguson-inspired movement can be gauged in a number of ways. For one, the movement has been militant from its inception. One of the movement’s most popular refrains in street protests and social media is “shut it down!” Beyond a rhetorical slogan, this has found expression in the real world as activists in dozens of cities have marched onto highways to disrupt traffic; linked arms across railroad tracks to stop trains; sat down in urban intersections; delayed sporting events; and temporarily occupied shopping malls, major retail stores, police departments and city halls. Activists have concluded that anti-black racism is a systemic problem that should be confronted through the disruption of work, commuter travel, commerce and other circuits of the daily functioning of U.S. society.

Other notable aspects of the movement have been its sense of its own history, its commitment to connecting police racism with other issues such as economic inequality, and its inclusiveness. The movement has emphasized not only the need for a new generation of leaders to fight for black liberation, but the crucial leadership role played by women and LGBT members in the movement.

“Everything stands out. The way the media picks up so quickly on a white person killing a black person,” said Taylor Dougherty, freshman criminal justice major. “Everyone’s life matters. The trick is when one starts to protect their race, make sure not to do the exact same thing to another race.”

Movements have their ups and downs, and we cannot predict where this one is going. The civil rights movement had great moments of upsurge and mass protest followed by periods of relative calm where it was not clear if the movement had any more momentum. But one thing is already clear—this is already the single most sustained period of antiracist protest in decades; it has pierced a big hole in the ideology of a post-racial America and exposed the deep and persistent patterns of racism in the United States; it has revealed the limitations of the Democratic Party and the traditional black establishment’s inability to respond to the crisis that affects predominately working class and poor blacks from deep poverty, inadequate housing and high unemployment to police brutality and the entire structure of the judicial system.

Finally, it has begun to produce self-organization of a new layer of young, African American antiracist activists committed to more sustained efforts of combating racial injustice. It is this development that will ensure that whatever forms the struggles ahead take, a new team of activists and militants is beginning to take shape that can provide the basis for new, more sustained social struggles.

“I believe all lives matter. I don’t believe every race is bad. They just have those people whom make a name for their race causing craziness in the country,” Dougherty said.