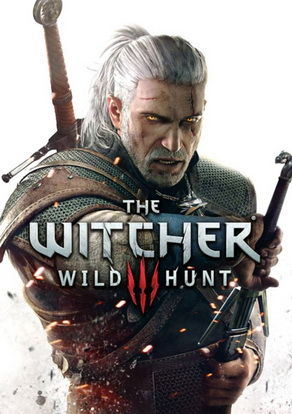 The Witcher 3 follows the story of Geralt of Rivia who is searching for his adopted daughter Ciri. The game features a massive open world filled with tons of monsters to fight.

Gaming had a great year in 2015. There were several small releases that blew people seemingly came out of nowhere, and there were a number of games from returning franchises with fresh and exciting experiences.

If games did anything this year it was that they proved that games are a form of artistic expression. Just like movies, literature and television, video games branched out and sought new avenues and opportunities. I have a few separate shortlists to cover before we get to the big list.

Games I missed due to platform unavailability: “Super Mario Maker” (Wii U), “Splatoon” (Wii U), “Yoshi’s Wooly World” (Wii U), “Xenoblade Chronicles X” (Wii U), “Monster Hunter 4 Ultimate” (Nintendo 3DS) and “Rise of the Tomb Raider” (Xbox 360 and Xbox One).

Synopsis: You play as an inherently curious man relaxing in a park. One day when you decide to explore a well to see how far it goes. Knowing there are monsters inside, you strap on your gunboots and jump down, eager for adventure.

Clever, addictive and just plain fun. “Downwell” is one of those games that you can constantly have fun with. Run-throughs are short and randomly generated, meaning you never know what is going to be on the next level. Incredibly simple controls make the game fun to explore the depths of the well, offering new surprises around every corner.

Synopsis: Davey Wreden narrates the player through several unfinished games by a developer and friend named Coda, who has apparently ceased making games due to an accident that Wreden mentions ominously. You travel the games wondering and uncovering the mind and issues that have troubled Coda, and along the tour you uncover exactly why he stopped making games.

This is a beautiful story laced with amazing, thought-provoking imagery. It not only tackles a meta interpretation of what video games are by the story taking place in a video game, but also touches upon themes of obsession, guilt, insecurity, depression and friendship. “The Beginner’s Guide” is not the most revolutionary, or the most exciting game, but it is certainly one that will stick with you for a long time.

Synopsis: You play an unknown character who has obtained some old police database files about a mysterious case involving a woman named Hannah Smith and the disappearance of her husband Simon. The database you are using is vast, but old, forcing you to use keywords by analyzing dialogue in the various video recordings that make up the database’s files. As you pick through the small clips you need to uncover the truth behind Simon Smith.

I have never experienced a game like “Her Story” before. The game simply revolves around you sifting through video content, and it couldn’t be more compelling. The story is mysterious and creepy, and the visuals are somewhat eerie in the best way. An incredibly clever game both in terms of mechanics and story, you should really try “Her Story.”

Synopsis: You play The Hunter, a man tasked with ridding the city of Yharnam from the vile beasts that plague its streets. Armed with a firearm in one hand and a trick weapon in the other, The Hunter must explore the city of Yharnam in search of “Paleblood.” The road is dangerous, though, filled with citizens driven insane by plague and vicious monsters who could eviscerate you with a single swipe.

FromSoftware is the studio behind the insanely difficult “Dark Souls” series, and “Bloodborne” is more of the same but with a much different setting. The brutal gameplay is frustrating, but as soon as you reach your goal you feel so proud of yourself. The horror-adventure atmosphere, the design and the beautiful city of Yharnam make for an amazing game as well.

Synopsis: Set in 2287, Boston barely stands after a nuclear fallout. After witnessing the kidnapping of your son, you emerge from Vault 111 determined to find your son and exact vengeance on those fellow survivors who stole him.

Post-apocalyptic Boston is an amazing location, there are always challenging enemies and interesting locations to explore. The combat and crafting systems are engaging, searching the Commonwealth for the perfect items to upgrade your plasma pistol is so much fun, and the slow motion V.A.T.S. system is just as enjoyable as always. The fun and quirky characters which join you on your quest also make for a pretty fun main questline. The appeal of this game resides in its fun setting and awesome gameplay that never goes stale.

“Rocket League” was the sleeper-hit of 2015. Nobody expected it to be as amazingly stupid, fun as it is. This is how sports games should be made! In an industry where those games are just slightly of last years games, “Rocket League” broke the mold by being genuinely different and giving you more control than any other sports game has before. It’s clever, it is colorful, and it is brilliantly well designed. It also seems to be universally loved. I never would have imagined myself enjoying this game and it is my No. 5, not to mention Erika, my girlfriend, loves the game as well.

Synopsis: After waking up from a nine-year coma, Venom Snake is made the new Big Boss of Diamond Dogs, an elite mercenary group. The group is hired to assist in operations in Afghanistan during the Soviet-Afghan war. During their missions they encounter the organization Cipher who plans to unearth plans to develop a new Metal Gear.

Amazing performances, beautiful visuals, interesting characters, a gripping story and amazing gameplay, there is so much to love about Metal Gear Solid V. The gameplay alone is riveting, offering multiple different approaches to missions, you can sneak in and avoid killing any of the guards and simply extracting your target, or intel, or you can run in firing a grenade launcher and punching dudes while a support helicopter blazes music above and fire explosives on Russian soldiers below. You can crawl around in a box and guards won’t think the box is suspicious. If you want to lure guards to you, you can paint a picture of an attractive woman onto the box. You can modify your prosthetic arm to be rocket controlled. You can even train a dog to help you in battle. The dog can stealth kill guards with a knife! He carries it in his mouth; it’s amazing! That’s the appeal of MGSV: its crazy and the gameplay is unlike anything you’ve ever seen. The gameplay is somewhat silly, but never detracts from the tone of the game. It also has an incredibly intricate and enjoyable story filled with entertaining and fun twists and turns.

Synopsis: It is Halloween night and Scarecrow has plans for Gotham. After evacuating the city, Batman joins the police in helping fight the criminals that have remained. He discovers that in an attempt to stop him Scarecrow has hired the Arkham Knight, a heavily armored mercenary who seems to know Batman personally. Batman will have to be at the top of his game if he wants to save his city and stop Scarecrow’s reign of terror.

Perhaps I’m biased, but I love Batman, so it is no surprise that Arkham Knight is at the top of my list. The story is really amazing and the dialogue and writing are spot on. Gotham City is bigger and more beautiful than ever, and the dour, dark tone of the Arkham games always adds for great environment. The combat is more fluid than ever and using it to take down large groups of enemies is very satisfying. The Batmobile is used a little too much, but ultimately I enjoyed using it. The driving was smooth and fun, but the tank battles were a little repetitive and got tedious. There were no hugely memorable boss fights, which the other games are known for. Yet, this doesn’t change the fact that I had a lot of fun exploring Gotham once again. I was determined to clean up the crime in Gotham once again and I absolutely loved playing Arkham Knight. I sure hope Rocksteady isn’t actually done with the Batman/DC related properties because I want more superhero games from them, especially Batman.

Synopsis: Long ago the humans banished the monsters to the Underground, and the monsters have been trying to get out ever since. You play a human who has wandered into the Underground and you must get past the monsters and escape, but the choice is yours. Do you slaughter everything in your path to become stronger, or do you treat everyone with peace and kindness?

Wow. That’s all I can say about Undertale. Who would have guessed that this game would be so amazing? Toby Fox has done a brilliant job with this game, and for the record the credits up above are correct, he did every single detail of this game, even the music. The soundtrack for the game is made up of more than 100 songs, so Toby Fox is no slouch when it comes to games. “Undertale” is a beautiful love letter to classic RPGs of old, but it is so much more than that as well. The music is beautiful, the characters are charming and endearing, the writing is hilarious and heartbreaking and the gameplay is incredibly unique. Every enemy you encounter can be defeated with weapons, but they can also be talked to, they can be reasoned with. Ultimately, the choices you make affect the entire story, not just the ending, but the entire story, people treat you differently. “Undertale,” in my opinion, is a seminal video game. The emotions it evokes alone are compelling enough to explain why it is so amazing, but its art style, writing and wonderful gameplay makes it a cut above most games. Seriously, just play it, it is amazing.

Synopsis: Geralt of Rivia is a Witcher, a man-for-hire tasked with killing monsters. Geralt finds out that his adopted daughter Ciri is being chased the Wild Hunt, a group of Elven radicals who wish to destroy humankind, and they require Ciri’s Elder Blood to do so. Geralt goes on a quest with the help of many friends and foes to help find Ciri before the Wild Hunt finds her first.

Not only the most beautiful game of the year, but the most fun as well. The combat is fun and fluid, combining magic, potions and swordplay is incredibly easy to grasp. Mastering it will you allow you to destroy the toughest of foes. The story is very enjoyable, filled with intriguing characters whom you must decide whom to be loyal to using very well-crafted talking “trees.” The different locations have incredibly varied environments, which are filled with monsters and hidden treasures for you to discover. “The Witcher 3” is an amazing game, it has awesome design, fluid combat, really entertaining enemies, a powerful and enjoyable story, and great characters.

This was a great year for games. Sure, there were some disappointing titles, and I’ll say it again, games are too expensive. Games really embraced their potential this year. They explored what they could be, and that’s why video games are the most exciting art form right now. They can explore avenues that we haven’t even discovered yet, and that’s why I can’t wait for the future of this industry.