‘The Wrong Side of Right’ catches readers off guard 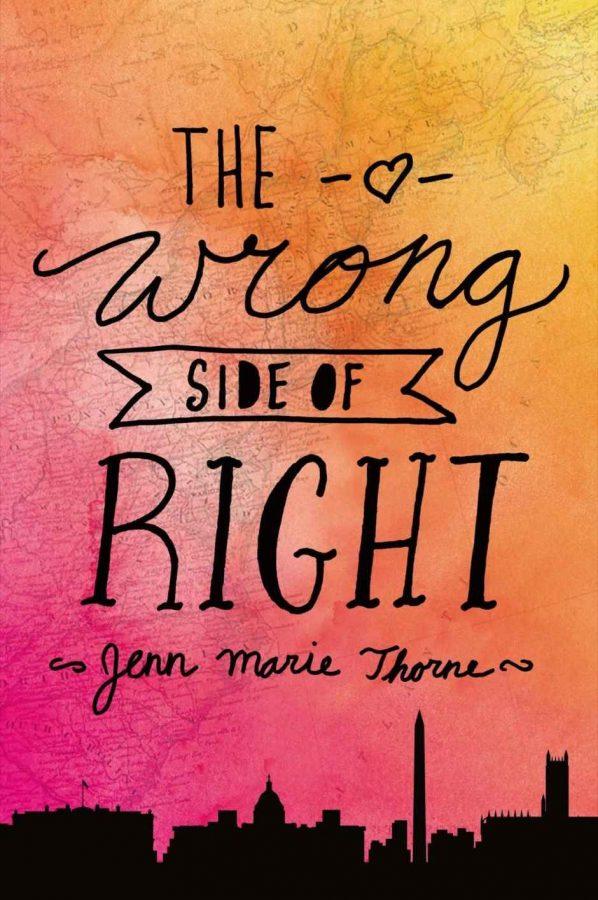 I never thought I’d use the word “sweet” to describe a political drama, but here we are. Jenn Marie Thorne’s “The Wrong Side of Right” follows the story of high-school senior Kate, a wallflower of a girl still reeling from her mother’s recent death. When she returns home one day to find the Republican nominee for President sitting in her living room, she learns she was the result of his affair with her mother and that the media have caught wind of the scandal. Making the best of things, she sets out to help her father win the election as well as find a place in his life.

I had no idea the book was going to delve as deeply into political science as it did. The whole time that Kate is at the campaign headquarters being trained and groomed by staff, you feel the suffocation and whiplash.

Many of us don’t realize just how much strategy and polling go into a candidate and their family’s personas, and Kate’s handlers and PR team are equal parts jarring and darkly funny. I loved seeing how certain slip-ups were spun in the media. The media’s sensationalizing and obvious biases offered a great critique of our real life political culture.

Kate was a fun main character. More than a few times I wanted to shake her and make her stand up for herself, but realistically? Anyone would be a deer in headlights for much of her situation. She has virtually no friends or support system while she’s staying with her new family, so it’s easy to see why someone so mature for her age can still be so naive.

The nice thing about Kate’s character was that while she frustrated me with her inaction at times, I never stopped liking her and I always understood where she was coming from. In a summer full of perpetually shady characters, Kate never ceased to see the best in people or lost sight of her end game: to have a meaningful relationship with her emotionally distant father.

There is a romantic subplot, but it never made the story lose its main focus. You will probably see it coming from a mile away, but the way the friendship turned romance is handled is just lovely and had me grinning. It was simple, sweet and Thorne left me wanting more in the best way possible.

My only complaint was the ending. I won’t say how Kate and her father resolve their tentative mess of a relationship, but it felt somewhat undeserved. I would have liked to see one or two more chapters to properly set up the ending, but I was still moderately satisfied with the story’s resolution.

This book knew what it was trying to be and never came off as self-indulgent or cheesy as it so easily could have been. I came for the political drama and stayed for the heart wrenching familial dynamics.

Even in the midst of all of that, it still remained funnier than I expected and was easy to fly through. This is a great light read to get out of a reading slump.