”The 5th Wave” proves disappointing to fans of sci-fi 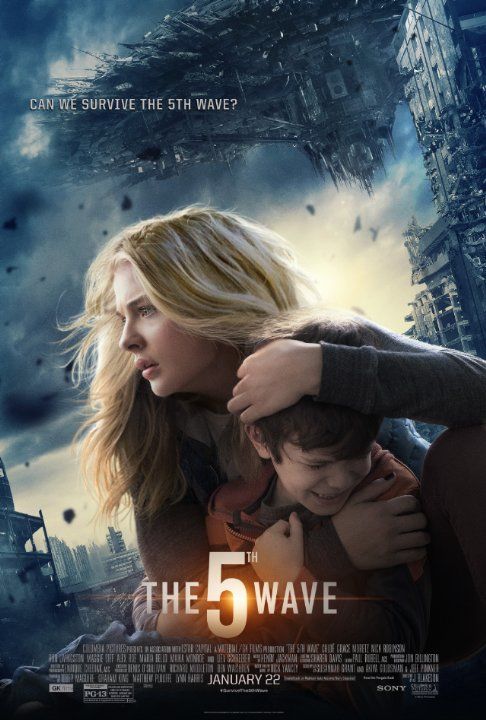 While a compelling premise, “The Fifth Wave” falls flat. Chloë Grace Moretz did her best in a lack-luster project.

Science fiction is my favorite genre of media. Books, movies, television and videogames, it doesn’t matter. That being said, I enjoy variety, but these days the majority of sci-fi films are made to appeal to young adults. Most of them are dystopian where, for some reason, children are placed in unreasonably dangerous circumstances. I think it’s only fair to call this the “Hunger Games” effect.

Studios are looking through literature to grab hold of the newest literature series that matches the formula, and nothing new or interesting comes out of the mix. “The 5th Wave” is probably the most cliché of this subcategory of film. The characters are flat, the love triangle is annoying and the themes lack focus.

Cassie Sullivan (Chloë Grace Moretz) is a young girl living happily in the Midwest. The world is shocked when a large foreign object begins circling the earth. The aliens powering the ship attack the planet in powerful displays of destruction and death that the humans call “waves.” After the third wave hits, many people evacuate large cities, Cassie is devastated when her younger brother is separated from the family and makes it her mission to get him back. Along the way, she meets Ben, another survivor willing to help her.

The characters are so boring and have absolutely no personality. The character of Cassie constantly jumps back and forth from reliable and strong-willed fighter to completely useless damsel in distress that has been reduced to being led around and rescued by her male counterparts. Speaking of which, the two young men that are part of her love triangle are essentially the exact same character, apart from their physical characteristics. So many great actors and actresses are misused in this film such as Maggie Siff, Alex MacNicoll, Tony Revolori, Liev Schreiber and Maika Monroe. There are so many attempts to make quirky characters that just fall short because none of them is even remotely interesting.

Then there is the tone of the film. The film seems to attempt to make commentary on using children as soldiers, but never actually addresses this theme in any meaningful way. All of the films trying to copy the success of “The Hunger Games” franchise all seem to include the same themes that are present in those books and films, but never actually say anything interesting. Simply including child soldiers doesn’t mean your film is offering interesting commentary about child soldiers, especially if the children never feel overburdened by war once during the film.

It really is too bad that “The 5th Wave” isn’t a good film because it starts off as an interesting premise. The film is built in a way that could be very suspenseful and intense because of the aliens disguising themselves as humans. Imagine the uneasy feeling that could come out of that world. Yet, the film never attempts to be anything but another YA dystopia clone with irritatingly cliché characters and boring storytelling. I just hope that we don’t see any more of these clones in the near future, but I’m not optimistic.