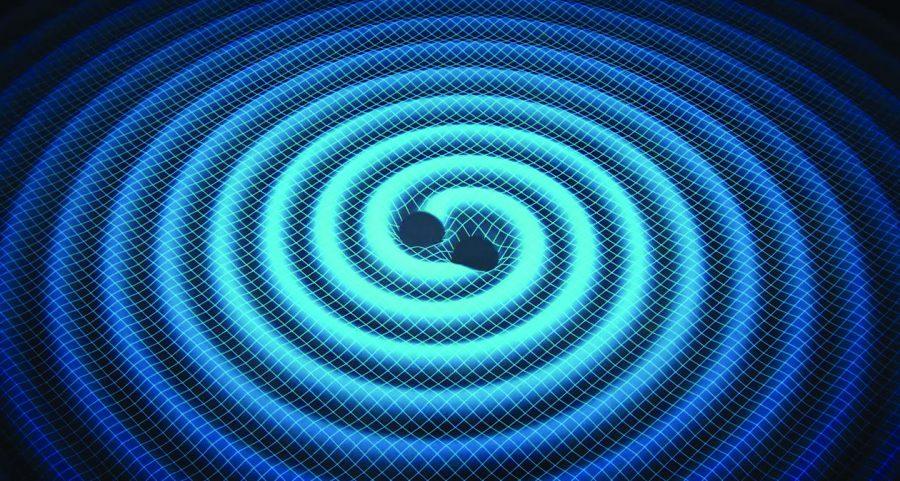 An artists depiction of two black holes that collided 1.3 billion years ago. Waves created from that cataclysm were detected by the LIGO facilities in the most precise measurement ever made.

On the morning of Sept. 14, 2015, gravitational waves from two colliding black holes slammed into Earth forever changing how humans will look into the sky.

The detection of these waves by the Laser Interferometer Gravitational-wave Observatory, which was announced on Feb. 11, 2016, was the first time ripples in fabric of spacetime were directly observed–confirming something predicted by Albert Einstein in his 1915 General Theory of Relativity.

The theory states that gravity is actually the distortion of spacetime by mass. When extemely large masses move, it creates a ripple in that fabric, much like something moving in a pond would create ripples on the surface.

“This detection is the beginning of a new era,” Gabriela Gonzalez, a LIGO Scientific Collaboration spokesperson, said in a news release. “The field of gravitational wave astronomy is now a reality.”

Since the dawn of time, everything humans have learned about the universe ouside of our solar system has been solely from waves of light. Now, for the first time, scientists can begin unraveling more mysteries of the cosmos by using waves of gravity.

LIGO works by firing laser beams along two 4-kilometer long tubes, bouncing back when it gets to the end. When the beams reconnect, they create an interference pattern that is very distinct. If a gravitational wave rolls by during this, the pattern shifts. In the September case, LIGO detected a shift that was less than a fraction the diameter of a proton.

“With this discovery, we humans are embarking on a marvelous new quest,” Kip Thorne, a professor of theoretical physics at Caltech, said in a news release, “the quest to explore the warped side of the universe–objects and phenomena that are made from warped space time. Colliding black holes and gravitational waves are our first beautiful examples.”