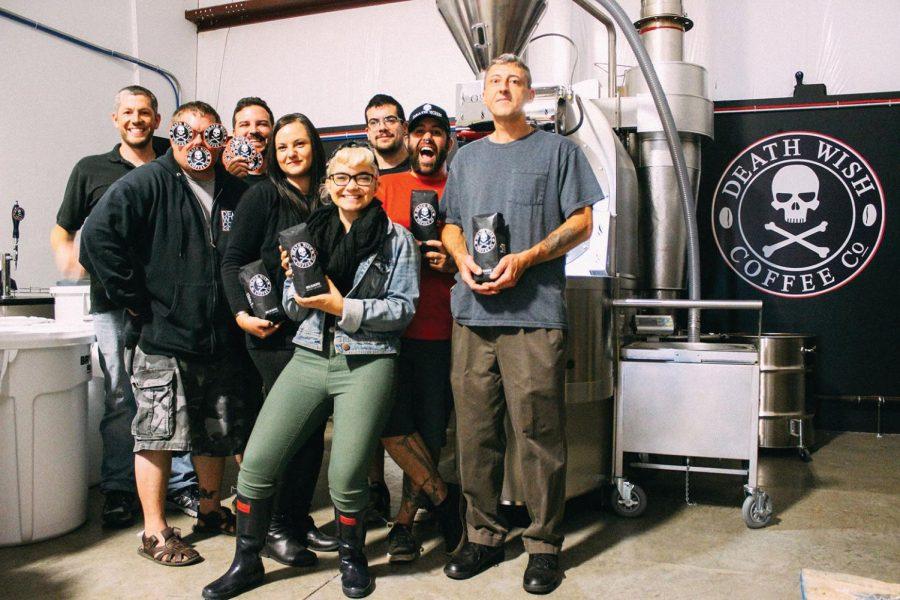 Intuit Quickbooks Small Business Big Game competition is a contest that allows small local businesses to advertise their product to a large audience by airing it during the Super Bowl. The company that wins gets a 30-second advertising slot during the famed football event.

Many different companies made it as finalists in the contest. FreshPaper is a company based in Washington D.C. that is attempting to bring about change by encouraging people to not waste so much food.

Chubbies Shorts wishes to bring back the fashion trend of men’s radical shorts that was prevalent in the 80s.

Only one company came out on top though. Based out of Round Lake, New York, the winner was a company known as Death Wish Coffee.

Marketed as the “World’s Strongest Coffee,” Death Wish uses a special mix of Arabica and Robusta coffee beans that are blended to create the highest caffeine content possible. Mike Brown, the owner, said that he teared up when he received the news that Death Wish had won the grand prize.

“I knew how much this meant to my team and my customers,” Brown said.

The small ad the company created, which aired during the Super Bowl on Feb. 7, depicts a valiant group of warriors rowing a small boat through stormy seas. The leader of the Vikings calls out a speech to raise the morale. As the ship falls down a waterfall we discover that the stormy seas are in the mug of a man drinking Death Wish. The Vikings fall into his mouth as they give a final battle cry: “Death Wish Coffee, fiercely caffeinated.” Then the commercial ends.

Brown opened a small coffee shop in Saratoga Springs in 2008. Even then he was experimenting with different blends. When his customers started asking for stronger coffee his idea for Death Wish was born, and he obsessed over creating the strongest coffee blend that he could.

“Death Wish came from a gift my girlfriend bought me while she was on vacation in California,” Brown said.

He knew instantly that it would be a great coffee name. The blend is said to contain notes of cherry and chocolate, which mixes well with the “fierce” caffeine content that the company boasts it has.

Jared Walton, a business major, said that he thought the commercial was clever.

“It was very intense, and then all of a sudden I find out it’s coffee,” Walton said.

Walton said that despite the fact he isn’t a big coffee drinker, he might try it.

“I’m tired sometimes, so you know what, let’s see if this stuff is as much as they say it is,” Walton said.

Walton said he was very intrigued seeing a small company appear during the Super Bowl.

“I think it’s great,” Walton said. “I don’t think the Super Bowl commercials should just be big companies. I feel everyone has the opportunity to make a commercial. They deserve and should get that exposure.”

“There are so many types of coffee out there,” Brown said, “but our customers love Death Wish Coffee to the exclusion of everything else.”

Death Wish Coffee is available on many different online stores, but its skull and crossbones logo should be appearing in stores very soon. Keep an eye out for them. You can also try the company’s Valhalla Java, which is said to have notes of walnut and chocolate to complement its earthy blend.