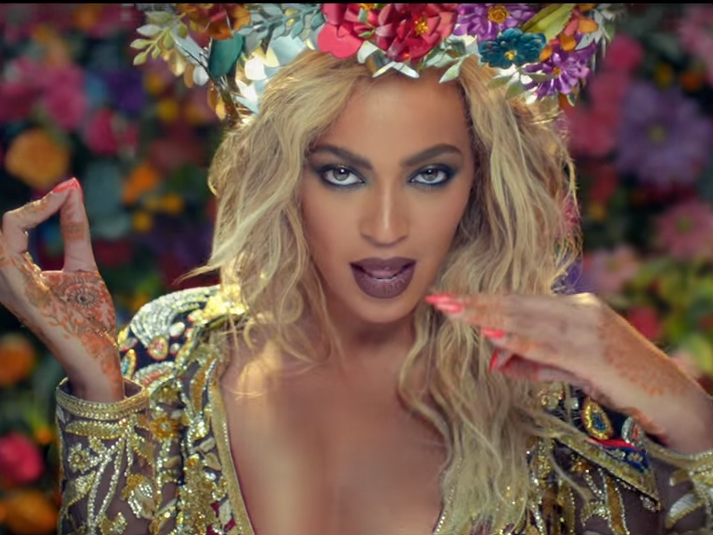 The video, which is set in Mumbai during the Holi Hindu festival, also known as The Festival of Colors, shows the band wandering through the streets of Mumbai and displays many Hindu symbols, such as henna tattoos, decorative neck pieces and holy, levitating men. Waterless, powdered colors are also playfully thrown around to partakers and band members.

“I would say that [Coldplay] is trying to appreciate [India’s] culture,” said Peter Qiu, a sophomore political science major. “In terms of appropriating it, probably no due to their lack of knowledge, especially considering that it’s a festival. In certain ways, the video could be insulting to people because [Coldplay] is assuming they know what’s going in.”

The four-minute video, directed by Ben Mor, also features scenes with Beyoncé, dressed to mimic a Bollywood actress. Coldplay’s lead singer, Chris Martin, is shown attending a local movie in which Beyoncé appears on the screen. Bollywood actress Sonam Kapoor is briefly shown in the video, making some critics question why Beyoncé played the main role of a Bollywood actress instead of a Kapoor.

Modern language professor and Dominican Republic native Georgina Tenny said she thinks some people from the Indian culture might be excited to see their customs being shared somewhere else.

“If there was a great video on the Dominican Republic – if you had Americans dancing merengue and showing our beaches and our way of life – I would think that was awesome,” Tenny said. “The more people get to know about us, even if it’s not a Dominican doing it, the better. But if [a video] is disrespectful to their religion or if it’s misinterpreting their religion, then that should not be done.”

Some viewers have criticized the video for its Westernized view of Indian culture, saying the video’s content is guilty of culture appropriation. According to Oxford Reference, cultural appropriation is “A term used to describe the taking over of creative or artistic forms, themes, or practices by one cultural group from another.”

“From the cultural side of it, I think it’s a beautiful thing to share the culture and to have Beyoncé doing their dance, to have her dressed up like they do,” Tenny said. “I think it’s a way for us to be united almost or understand each other more. But if we are making light of their religious traditions, that would be wrong.”

“All this ‘cultural appropriation’ talk. If anything, the vid showcases the beauty of India. No need for all the drama,” the tweet reads.

Although both artists performed at Sunday’s Super Bowl halftime show, “Hymn for the Weekend” was not performed.