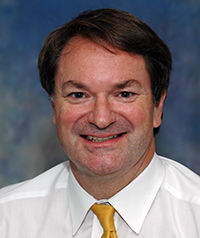 On Feb. 1, Hillary Clinton snuck past Bernie Sanders and Ted Cruz cruised to a victory over Donald Trump in the Iowa Caucus. Washburn’s very own Bob Beatty, professor of political science, had a chance to meet with most of the candidates including Clinton, Cruz and Trump. Beatty believes Iowa to be very important for the 2016 race.

“It’s very important,” Beatty said. “Some people complain that it shouldn’t be, but it is. It’s important because it’s first, so it gives the candidates, it gives the media, the voters a chance to access. So with Trump, the polls are showing him doing well but we don’t really know until Iowa. It shows the practical result – not a poll.”

Beatty met most candidates over the course of their campaigns and has been traveling back and forth from Iowa for the past few months.

“When the campaign started there were 20 candidates,” Beatty said. “Now there’s 12. I’ve probably met 17 out of the twenty and I’ve seen every single one. In Iowa it’s easy: you drive up and attend their events. It’s Iowa so it’s very easy to interact with candidates, except for Trump, but I did get to talk with Trump early on.”

For the Republicans there were 12 candidates. Third place was Marco Rubio with 23.1 percent after Trump and Cruz and from there the double digit percentages stopped with fourth place Ben Carson receiving only 9.3 percent.

Bernie Sanders finished second in an extremely close race, losing by less than one percent with 49.6 to Hillary who had 49.9 percent. The other Democratic candidate, Martin O’Malley, recently suspended his campaign but still received 0.6 percent in the race, receiving no delegates. Clinton received the most with 22 and Sanders 21.

“Sanders could easily win the first two,” Beatty said. “Nationally, Hillary is ahead, and she’s gonna benefit from the south’s Super Tuesday on March 1. She may weather a huge storm if she loses the first two. I would still give her the advantage in the nomination because of the states that come later. She could lose the first two and still have the advantage.”

“I still lean more with Rubio than the other two,” Scheimann said. “Trump is too much of an extremist and Cruz doesn’t have his stuff together.”

”I definitely have faith,” Lewis said. “I think that he gained a lot of steam from this. Even though he didn’t win, it was a big moral victory since he was such an underdog to begin with. I’m definitely still feeling the Bern right now.”