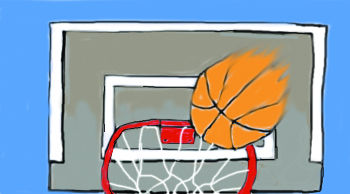 With the win over Lindewood, Washburn evens up their conference record at 9-9. The team is looking to grab a winning record after their game Feb. 17 against Northeastern State.

The Washburn women’s basketball team cruised to an easy win over Lindenwood University after a back and forth first quarter turned into a lopsided affair for the Lions.

The first quarter started as a back and forth game, neither team able to gain an edge, with the largest lead going to the Ichabods at four points after a 3-point shot by Jharian Bowen with five minutes left.

The first quarter ended tied at 15 as both teams seemed even offensively.

The second quarter was a different story for the Lions as they struggled to make shots. Washburn continued their scoring streak, putting up an additional 14 points, and defensively dominated the Lions, holding them to only seven points for the quarter. The first half ended 29-22, the Ichabods leading.

The third quarter was closer than the first half, both teams sporting runs. Washburn first extended their lead to 10 early in the quarter before the Lions cut the lead to only four with 47 seconds left in the quarter. However, a Washburn 3-pointer and a Lions layup made the game 50-45 at the end of the quarter.

The final quarter began with an Ichabod run extending the lead to 14 at one point. Then the Lions went on a run of 3-pointers, bringing the game back to a seven-point deficit for the Lions with 47 seconds left. That’s as close as they would come because they had to resort to fouling the Ichabods to get the ball back. Washburn made their free throws and sealed the win, 70-60.

Erika Lane led the Ichabods with 22 points, shooting seven of 10 from the field, two of three 3-pointers and six of eight free throws. Felisha Gibbs also had double digit points with 14.

The Ichabods will be in action next on Wednesday, Feb. 17 against Northeastern State University who has an 8-16 overall record and a 5-13 conference record. The game is back at Washburn as the Ichabods return home for a two-game home stand.