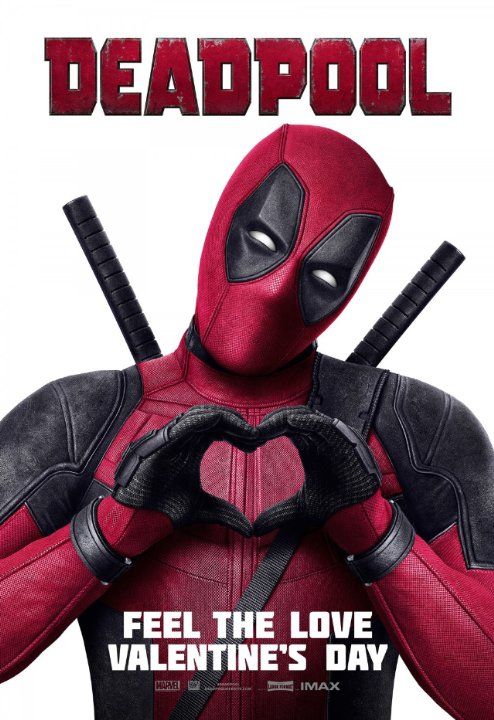 The cinema has been overtaken by superhero films. Apparently, people aren’t quite tired of them yet because my theater was filled to the brim seeing “Deadpool” on Valentine’s Day.

Wade Wilson (Ryan Reynolds) is a New York City mercenary who, after discovering he is terminally ill with late stage cancer, tries to find a way to cure his disease and stay with his girlfriend Vanessa. He quickly decides to join up with a secret program that will remove the cancer and give him superhuman powers. He meets Ajax, who injects him with a serum and tortures him for days in an attempt to cause a mutation. Driven insane by the torture and his subsequent disfigurement, he uses his combat skills and regenerative healing to enact revenge on Ajax and his crew.

If there were a better man to play the “merc with a mouth” other than Ryan Reynolds, I don’t know who it could have been. His comedic timing in handling Deadpool’s scattered, larger-than-life personality was done perfectly. Some of the funniest moments come from his fourth wall breaks, which don’t break the momentum of the film, but create a humorous rapport with the audience, seamlessly offering commentary on audience opinions toward superhero movies. It was perfectly injected in a way that only works for this particular style of filmmaking. It’s unique, and something that we have never seen in a comic book film before. The fourth wall breaks not only come from the mouth of our red-suited antihero, but the movie itself is a brilliant parody of all superhero films. Even the opening credits follow this style of irreverence towards film as a medium.

For all of Reynold’s comedic abilities, I also should praise his dramatic ones. He not only makes Deadpool a humorous character, but a compelling one who is driven by difficult decisions. A character this obnoxious should be easily detestable, but Wade Wilson’s more heartfelt moments turn him into a likable, enjoyable onscreen presence. Vanessa is an enjoyable love interest for Wade, and the pair shares a relationship just as raunchy as the film that surrounds it.

Their love feels real, they make for a compelling and interesting couple and the difficult moment of discovering Wade’s cancer reveals that Vanessa has much more character depth than originally believed. The rest of the characters drive the plot forward, but aren’t as compelling as our leads. Ajax is an ordinary bad guy that we’ve seen before, but he does have a certain menacing gravitas that makes him an enjoyable villain.

The action scenes are incredible, fast-paced and capture every hit in the incredibly well-filmed cinematography by Ken Seng. Occasionally throwing in some great comedic timing from Reynolds, every action scene felt clever and unique. Constant awareness of the setting and the restrictions of fighting in that setting make for intriguing and well-filmed action that will keep you on the edge of your seat.

“Deadpool” is grounded in a somewhat average revenge film, but its humor, well balanced characters, amazing action and risky “don’t care” attitude makes for an amazing and fun thrill ride.