Supreme Court of Kansas rules that education is being underfunded 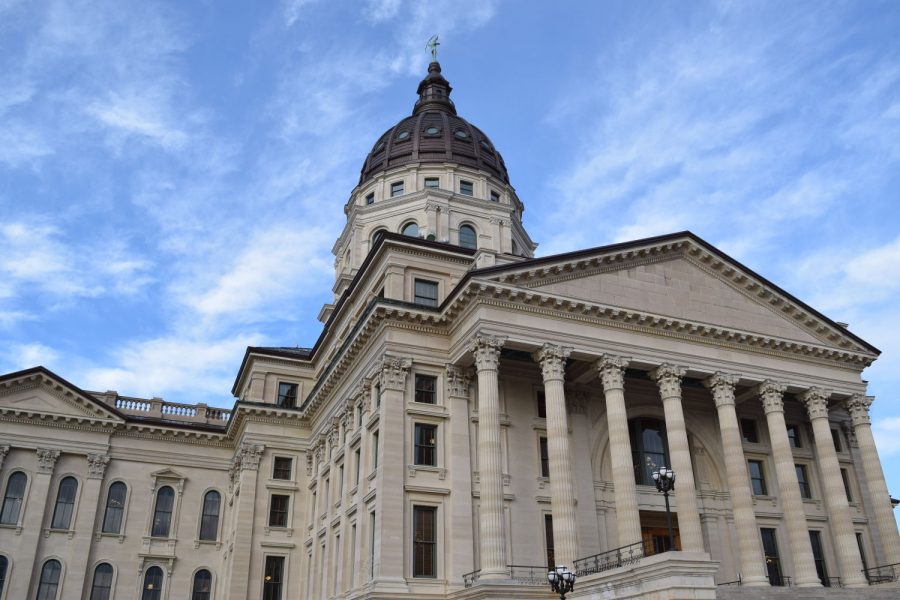 The Kansas Supreme Court on Thursday, Feb. 11 ruled that the funding of Kansas’ public schools is unconstitutional under the current budget. The court gave legislators until June 30 to revise the funding system.

The Kansas Supreme Court ruled on Thursday, Feb. 11 that Kansas has been inadequately funding schools and has given legislators until June 30 to rearrange the state’s budget to meet constitutional requirements. If the legislature doesn’t come up with a solution, then the justices will order a shutdown of schools.

The case included school districts from Wichita, Hutchinson, Kansas City and Dodge City who challenged Senate Bill 7, which was passed into law last year. The districts contested that SB 7 did not meet constitutional requirements for funding public education in a fair and equitable process. SB 7 used the funding amounts collected from the former funding plan, a complicated formula that used pupil counts, and included extra money if a district had a large amount of difficult-to-teach students, such as those who only know English as a second language or had learning disabilities. SB 7 used those former numbers to provide funding for two years until the Legislature creates a new financing plan.

The plaintiff’s attorneys spoke positively of the ruling. Alan Rupe, one of the attorneys said, “It is a real victory for kids that cost more to educate, who are minorities, limited English kids, immigrant kids.”

Yet, the other attorney, John Robb, claimed that he found the court’s ruling to be too passive.

“I think the court is showing tremendous deference to the legislation in allowing the legislature to design an equitable system … They’re not naming numbers,” Robb said. “They’re just saying, ‘You must do it.’”

Susan Alexander, a staff member at the Department of Education, said that she was surprised to hear of the ruling. In response to Robb’s sentiment she said that she doesn’t think the rule is too passive.

“It’s not the Supreme Court’s position, or place, to tell the state how much money it has to spend, but it can recognize inadequate expenditures,” Alexander said.

Lawmakers are divided on their opinions of the issue. Rep. Jim Ward (D-Wichita) spoke on the inevitable change Kansas must endure.

“We live in the non-fiction section and we have to address the fundamental problems of Kansas,” Ward said.

Ward specifically said that the Kansas legislature has two options: to defy the courts, or actually do some work and repair Kansas’ financial issues.

“This is really a temper tantrum by the Supreme Court saying, ‘We’re running the show here,’” said Sen. Jeff Melcher, a Republican from Leawood.

Melcher also predicted that the ruling would be brushed away when five of the seven justices are removed by the conservatives when they petition for retention. Sen. Julia Lynn (R-Overland Park) questions the court’s ability to make this ruling.

“Do they have the authority to tell us how to spend our money?” Melcher said. “It’s a money issue, and so I question that. It’s the same question that has come up before and to me it’s the most important question.”

In response to the ruling, Gov. Sam Brownback’s Twitter account made a tweet saying, “Kansas has among the best schools in the nation and an activist Kansas Supreme court is threatening to shut them down. #ksleg.”

The response to the tweet was less than agreeable, with most replies chiming in to say that the governor is lying and that he should step down from his position. Multiple attempts to reach the governor’s office went unanswered.

No concrete solution has been announced by the Kansas Legislature, but some have considered taking money out of the Kansas Public Employees Retirement System as part of meeting the court’s standards.

Once the Legislature conceives a plan that meets court standards concerning equity, then the case will move on to its next portion. This second part will determine if the court considers the funding of public education in Kansas to be adequate when compared to constitutional standards.