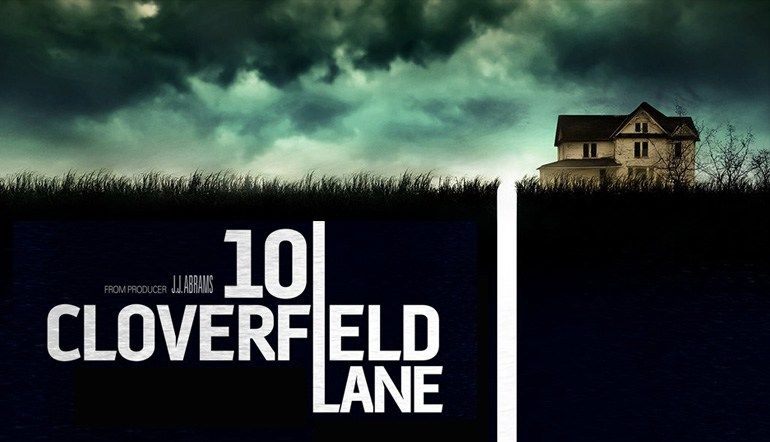 The first “Cloverfied” film is an interesting beast to dissect –no pun intended. The film pleased audiences with its found-footage style, and the direction of the film made it fast paced, suspenseful and exciting. Even I liked it, and I hate found-footage style. Although, most people were engrossed in the films incredibly intricate marketing, but were upset when the mystery they had been uncovering turned out to be caused by an alien monster. Despite people enjoying the excitement of the film, most were upset when the mystery was uncovered fully: “It’s just Godzilla,” they all said. Still, the movie was well-reviewed by both critics and audiences.

“10 Cloverfield Lane” was kept completely secret until only two months ago when its trailer took the United States by storm.

“10 Cloverfield Lane” uses its subject material brilliantly. It uses just enough of the universe created in the first film to make a story that is completely different than its predecessor. It utilizes its setting and its cast brilliantly to create a film that is incredibly tense and mysterious, filled with shocking twists and turns and tremendous acting.

Michelle (Mary Elizabeth Winstead) is driving through the backroads of Louisiana when she is struck by a car. She wakes up in a concrete room, the only exit a huge door that has been sealed on the outside. She then finds that her leg has been chained to a pipe in the room.

Her captor, Howard (John Goodman) unlocks the door and greets her. He claims that he found her on the side of the road and brought her to his underground bunker to keep her safe. He claims that she cannot leave because the outside air has been contaminated and is toxic, which he blames either Russians or Martians for. She later learns that they are not the only two.

Michelle finds a friend in another person staying in the bunker, a young man named Emmet (John Gallagher Jr.) who believes that Howard is telling the truth about the outside world. As they begin to coexist in close confinement, they learn things about one another, and they begin to wonder who is telling the truth and what actually happened outside.

The cast all give great performances, and at times wondering who can be trusted and who can’t be becomes a challenge, as each performer is able to keep a balance between trustworthy and treacherous. This is especially true of John Goodman, who is able to keep his character both endearing and homely at the same time as crazy and dangerous. He is the most compelling character of the film. His actions keep the audience on its toes, constantly wondering if he is a protective spirit, or a wolf in sheep’s clothing.

Mary Elizabeth Winstead is fantastic, able to convey solid emotional depth through Michelle without having to say how she is feeling. She is in a constant battle of whether she should remain and stay safe or if she should try to leave so she can attempt to find her family and be free of her accepted captivity.

John Gallagher Jr. is not quite as compelling as the other two, but he has several scenes that allow him to show off his talents and his character does become very endearing as you spend more time with him.

“10 Cloverfield Lane” is about people in captivity – not just literally being held captive, but being held captive by their own fears and reservations. They are holding themselves back based on past traumas, and each one of these actors captures this tone perfectly.

Director Dan Trachtenberg’s great sense of direction gives the film a real sense of momentum and the plot really never staggers. Sure, there are quiet moments when the characters only talk, but the writing and camerawork place the characters in spaces that make the film all the more dynamic and exciting. The talking scenes are just as intriguing as the film itself. I will say, though, that the camerawork is nothing special and does feel slightly simplified compared to what the director could have worked with. That being said, this is Trachtenberg’s directorial debut and is still a really good beginning to what will hopefully be a successful career.

With a great setting, a fast paced storyline and great acting, “10 Cloverfield Lane” is not only a fantastic directorial debut for Trachtenberg, but is an incredibly intense and exciting action thriller that will entertain most audiences that take the time to go see this intense and claustrophobic action thriller.