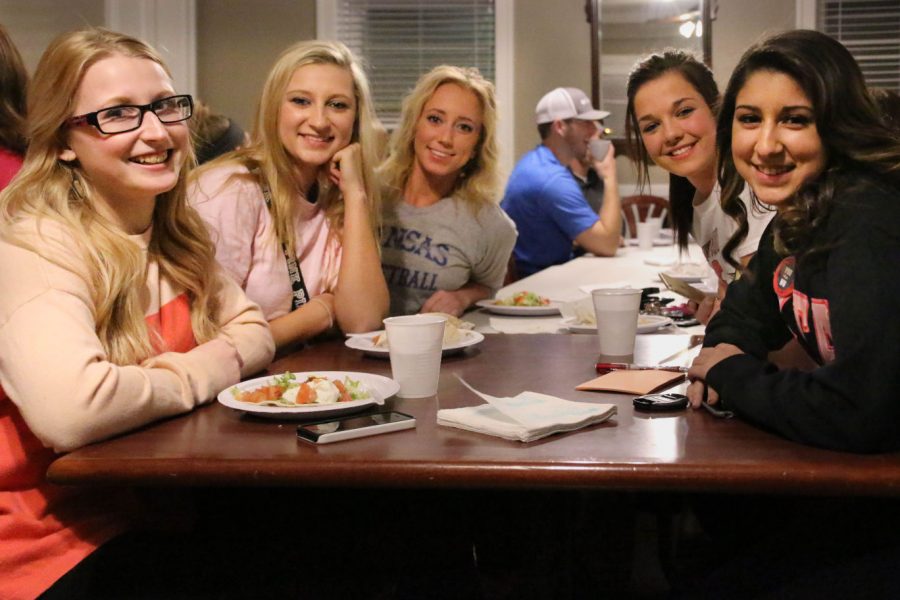 Zeta Tau Alpha embarked on “Think Pink Week,” a week of philanthropic events dedicated to breast cancer awareness from Feb. 29 to March 3. The sorority hosted a series of fundraisers and set up a table in the Memorial Union for those interested in donating to the cause.

Think Pink Week originated in 1992 within the ZTA community around the country and over the years has grown in its influence. It’s typically held in the month of October, which is Breast Cancer Awareness Month, but it can be held at any time, as Washburn’s chapter has done. ZTA hosted another Think Pink Week this past fall for the same cause.

The week kicked off with ‘Sundaes on Monday’ at the ZTA House where ice cream was sold for $5 per person, $3 if you pre-bought tickets.

Following suit on Tuesday was a 5-on-5 basketball tournament in the rec center and on Wednesday a taco night was hosted at the ZTA house at $5 per person.

Finishing off on Thursday was Percentage Night at both Orange Leaf locations in which anyone who brought in a flyer had a percentage of their purchase donated to breast cancer education and awareness.

Each event saw an impressive turnout, including the participation of the Sigma Phi Epsilon fraternity in the basketball tournament and the baseball team showing up at Taco Night. More importantly, other students are taking notice.

“I love that they’re doing this and devoting an entire week to it as well as mixing it up with their event selections,” said Kassidy Forshey, sophomore respiratory therapy major.