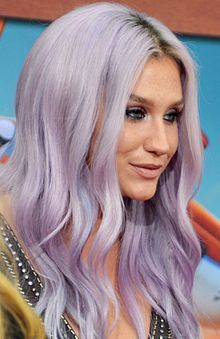 Kesha, the famous pop star behind hits such as “Tik Tok,” has suffered a massive legal setback.

The singer has requested to set aside her contract with Kemosabe records on the grounds of a sexual abuse lawsuit against the label’s producer, Dr. Luke. However, on Friday, a New York state judge denied Kesha’s request.

The singer broke down sobbing in the court room following the ruling and Twitter lit up in response, not just from fans using the hashtag “#freekesha,” but from fellow celebrities as well. Taylor Swift donated $250,000 to the singer and “Girls” creator and star Lena Dunham penned an impeccable essay in her newsletter, Lenny, in response to the singer’s situation.

In her own words, Dunham delves into the situation at hand and defends Kesha, stating that society will not “accept shame and fear as the status quo.”

“I feel she shouldn’t have the right to her music taken away,” said Devante Jabary, freshman mass media major.

Kesha has been trying to clear her decade-long contract now for the better part of a year and a half, which has caused her career to suffer a major setback due to these troubles.

The judge who made the ruling, Shirley Kornreich, has expressed concerns that Kesha’s claims were too vague. Despite these setbacks, the public outcry may work out in the singer’s favor.

Kesha originally filed the lawsuit against Lukasz Gottwald, known as Dr. Luke, in October 2014, stating the producer had “sexually, physically, verbally, and emotionally abused” her. Gottwald, in retaliation, countersued for defamation on the grounds that the singer was simply trying to get out of her contract. This claim was eventually dismissed. Still, Kornreich’s rationale stirred up the controversy.

“My instinct is to do the commercially reasonable thing,” Kornreich said.

As the story gains traction and many of the public continue to support Kesha, both Sony and Gottwald may be forced to reach a settlement sooner rather than later out of fear of further negative press.