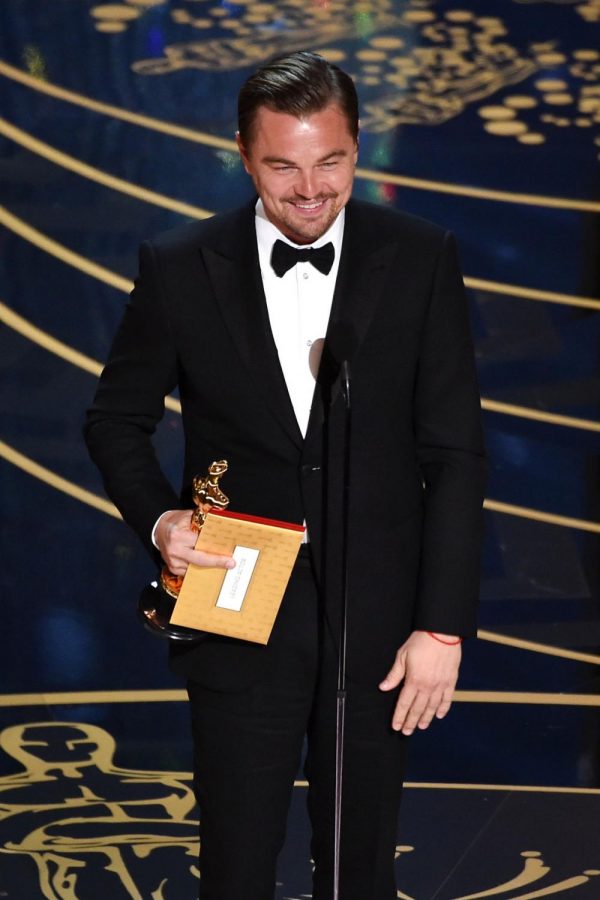 The ceremony was hosted by Chris Rock, who began his opening monologue by highlighting the racial controversy surrounding the Oscars.

“If they nominated hosts, I wouldn’t even get this job,” Rock said.

He wasn’t afraid to go after the protesters of the Oscars, most notably a joke targeted at Jada Pinkett Smith. Rock’s overall message during his monologue was about equality.

“It’s not about boycotting anything,” Rock said. “It’s just, we want opportunity. We want black actors to get the same opportunity as white actors.”

At one point, Rock brought out a group of Asian children to play the role of the Academy Award tabulators. One tweet from David Chen, a podcaster and documentary director commented on the joke.

“Rock: ‘Check out these accountants! Because all Asians are good at math you see.’ CB Isaacs: ‘…But seriously, inclusion is a big deal’,” read the tweet.

Despite the controversy, the Oscars focused mainly on musical performances and handing out awards, with Rock only appearing every once in a while to offer a 45-second bit.

One of the first awards handed out was for screenplay. These winners normally also end up as the winners of Best Picture. Sure enough, the winner of Best Original Screenplay was “Spotlight,” which ended up taking home the big award of the night.

“Spotlight” chronicles a Boston Globe news team uncovering the molestation scandals of the Catholic Church that was revealed in 2002.

Mark Ruffalo, who starred in “Spotlight,” was expected to take home the Oscar for Best Supporting Actor but lost to Rylance in the Spielberg drama “Bridge of Spies.”

“The Writing’s on the Wall,” sung by Sam Smith from the film “Spectre,” won the Academy Award for Best Original Song.

Iñárritu won Best Director for “The Revenant.” He won the award for the second year in a row, a feat that hasn’t been done in 65 years. This win beat out George Miller, the director of “Mad Max: Fury Road”, who has been making movies since the ‘80s.

Larson took home an award the first year she was ever nominated for her portrayal of a mother in the film “Room” in which her character deals with the pressures of raising a child, but also whilst being held captive for seven years in a shack.

Vikander won Best Supporting Actress for her performance in “The Danish Girl.”

Finally, the most talked about win of the night was DiCaprio’s long-awaited Oscar for Best Actor

After years of nominations and starring in highly praised roles since the earliest films of his career, the actor finally won for his performance in “The Revenant.”