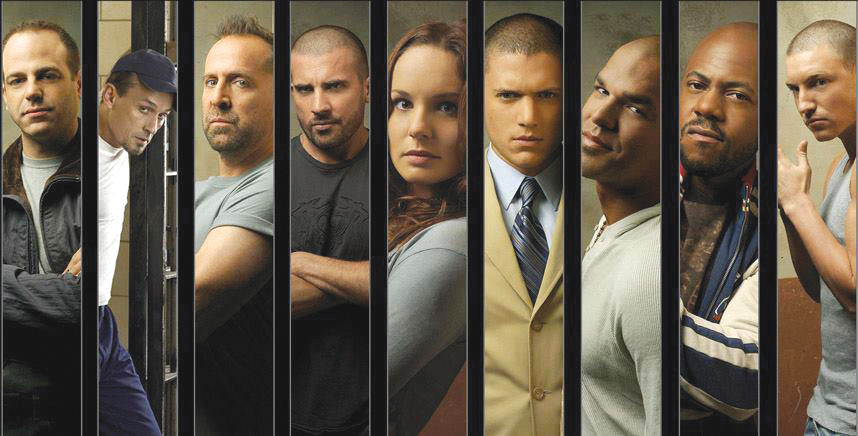 “Prison Break” stars Wentworth Miller and Dominic Purcell will be starring in the Fox revival for eight to ten future episodes. Currently, Miller and Purcell are also working together on their CW network show, “Legends of Tomorrow.” The pair also appeared on a few episodes of the CW show, “The Flash.”

In the vein of their recent success with “The X-Files,” Fox Television has made the decision to revive their much shorter lived, but no less popular, “Prison Break.”

At the 2016 Winter Press tour, the network announced that stars Wentworth Miller and Dominic Purcell would return for a new event series along with executive producers Paul T. Scheuring, Neil Moritz, Marty Adelstein and Dawn Olmstead. The news comes after months of rumors and fan speculation despite Wentworth Miller himself disputing the claims in a 2010 interview.

“I feel as though we told the story we intended to tell,” Miller said in the interview. “That’s something that’s very rare in television – that you’re allowed closure – and we were.”

The series originally debuted in August 2005 and ran for four seasons before “concluding” with a direct-to-DVD movie. Series creator Scheuring will return for the nine-episode revival as writer/showrunner after coming up with the new story. He’s currently writing the first episode. The plan is to shoot sometime in April in Vancouver, depending on Miller’s and Purcell’s schedules. Both are currently starring in The CW network’s hit series DC’s Legends of Tomorrow.

In addition to Miller and Purcell, series regulars Sarah Wayne Callies (featured in The Walking Dead), Amaury Nolasco, Robert Knepper, Rockmund Dunbar and Paul Adelstein will reprise their roles. They will be joined by newcomers Mark Feuerstein (featured in Royal Pains), Augustus Prew (Kick-Ass 2), Rick Yune (featured in The Fast and the Furious) and Marina Benedict among others.

While fans are understandably excited at the prospect of the series, there is a bit of confusion concerning whether or not Michael Scofield (Miller) alive?

Fox executives Dana Walden and Gary Newman have a little bit of info regarding the character’s fate.

“He’s going to be ignoring the straight-to-DVD video. It is past season four, several years past where the series ended,” said Newman, who declined to offer specifics.

Rest assured, Walden explained that not everything will be ignored.

“I don’t think he’s going to completely ignore what happened in that episode, but what [Scheuring] pitched to us was very logical and believable in the world of Prison Break.

“I think it’s awesome that they’re bringing back the cast because the actors are what made the show,” said Anna Glover, junior English major.

The revival is expected to premiere sometime in late 2016/early 2017. The original series can be viewed on Netflix.