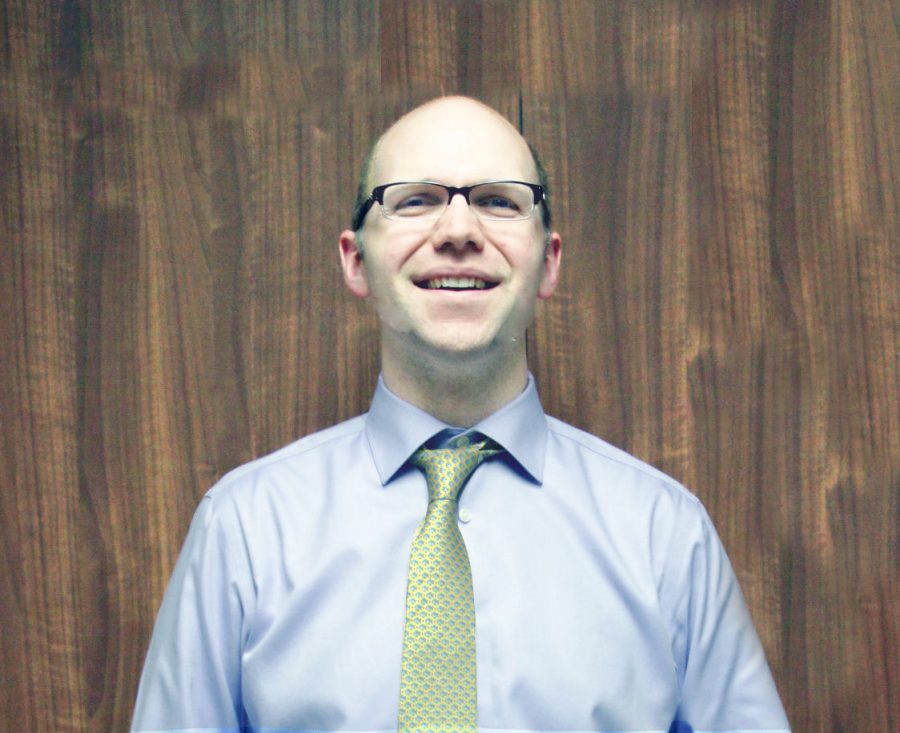 Beier plans to roam the United States again, this time to the Great Lakes State, to spend more time on his writing. He has worked at Washburn for three years, and wants to continue to teach English at Hillsdale College.

At the close of this semester, Washburn will say goodbye to Benjamin Beier of the English department. Beier has taught a gamut of English classes at Washburn University over the past three years, including Freshman Composition, World Literature, Shakespeare and British Literature.

Little known facts about him, though, include what made Beier want to teach and his year of seminary school. Preceding Washburn, Beier taught as an assistant at the college level while earning his Ph.D. He also taught some middle school and high school level courses as well.

Before deciding to pursue becoming an educator, Beier attended the University of Kansas where he received his bachelor’s degree.

“I went to college with no idea what I wanted to do other than having an obligation to continue school and propel my own self advancement,” Beier said.

Beier explained that his love of learning bred the desire to teach. What inflamed that was a powerful religious experience. He attended a Catholic seminary, and after a year, found it was not for him and left the great experience there to build cubicles.

“I built cubicles, which wasn’t exactly a fun job, as you can imagine,” Beier said. “Among other things I was still insatiably hungry to learn more about a number of things, like history and literature, so I attended school to put off figuring out what I really wanted to do.”

It was then that Beier attended the University of Texas in Dallas for his master’s degree. He decided to start teaching, and while teaching, earned his doctorate.

“[Teaching] is a different sort of service, but I found it was a better fit for me [than seminary],” Beier said. “I hope that students walk away from my class having found some little tidbit of wisdom.”

Beier said he leads his classes by both lecture and dialogue between students to better the learning experience with each other.

This is Beier’s last semester at Washburn before he will teach at Hillsdale College, a liberal arts college in Michigan.

“Teaching in Michigan is a good professional opportunity. I’ll have a chance to teach fewer classes each semester and work on my writing,” Beier said. “I will miss Washburn. It has truly been great. My hope is more or less ambitious. Follow your dreams. Riches and wisdom can be found by anyone,” Beier said. “We have the potential for excellence we may or may not actualize. Students’ education as a whole should encourage them to live excellently.”