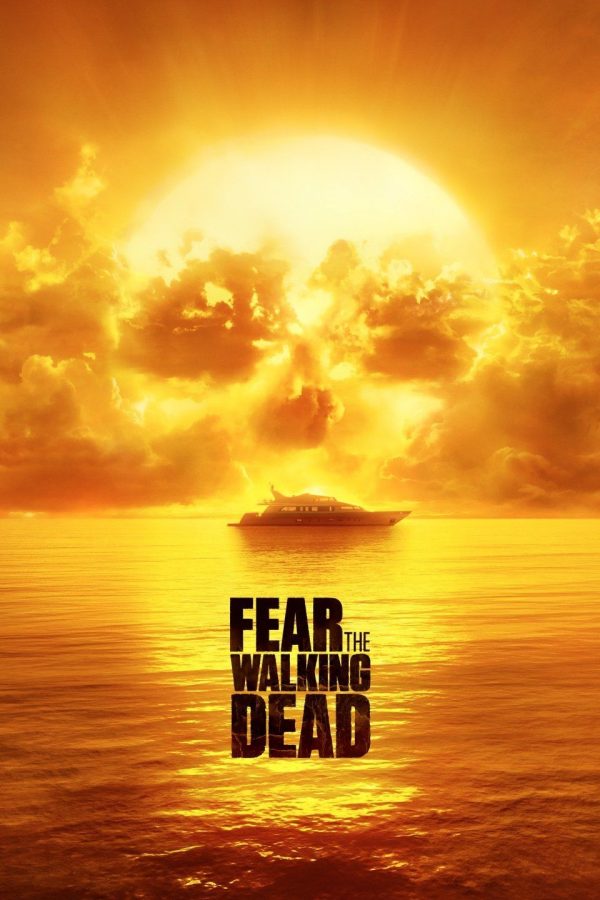 “Fear the Walking Dead” shocked its viewers in its season 2 premiere episode entitled “Monster,” when it showed a swimming zombie assaulted by the propeller of a boat. At the very least these zombies simply use the water for transportation, according to the actress who plays Alicia on the show, Alycia Debnam-Carey “they can’t actively swim, they do survive in water.” Still, this revelation shocked fans.

A general assumption of zombie fiction is that the obvious solution would be to stick close to water, due to the inability of zombies to swim. The undead being able to survive and attack in water seems to be a dangerous threat. So why has this new change occurred, and what changes have been made to zombie fiction that make these monsters such an interesting facet of popular culture for hundreds of “The Walking Dead” and “Fear the Walking Dead” fans?

Overall, zombies frighten audiences because they are very dark interpretations of the most despicable aspects of humanity. They attack in packs with no forethought, they kill their own kind just to satiate an unquenchable hunger. It certainly paints a dark interpretation of humans. They are mindless, and occasionally only bow to an overall ruler.

Zombies as a concept are meant to incite fear in us because of this twisted interpretation of human life. They embody the most disgusting qualities of humans and then heavily exaggerate them.

Early iterations of zombie fiction from Haitian folklore surrounded necromancy and sorcery. This early fear of manipulation of dead corpses would have terrified people with strong religious views of honoring the dead, as well as death being the final iteration of a person’s lifespan. To manipulate this belief system would be very terrifying to people in the early 1800s.

Later interpretations would have mad scientists reanimating mindless corpses, which obviously resonated with people’s fear of scientific exploration in the late 1800s. Eventually zombie popularity would reach its peak after George A. Romero’s “Night of the Living Dead” in 1968. Zombie films had already been a popular genre, but they weren’t considered terrifying until Romero’s hit.

The zombie story was considered friendly to children at the time because of its campy visuals and lumbering monsters. Many critics had spoken about the experience of watching “Night of the Living Dead,” and children’s experience in particular. Roger Ebert, one of the most highly lauded film-critics of all time, who wrote for the Chicago Sun-Times, had plenty to say about kids attending the film.

“They were used to going to movies, sure, and they’d seen some horror movies before, sure, but this was something else,” Ebert said. “The kids in the audience were stunned. There was almost complete silence. The movie had stopped being delightfully scary about halfway through, and had become unexpectedly terrifying.”

It was clear that this was the turning point for zombie fiction. Romero’s talented eye for horror in the 60s launched is “Living Dead” series into the stratosphere of popular genre. They had changed zombies from a campy monster movie enemy to something all the more terrifying, flesh-eating, nearly invincible humans. Their slow speed was their only weakness, but in close, claustrophobic quarters, and traveling in hordes they were dangerous to the fictional characters of these stories. For some reason this image stuck in people’s minds, and remained there as zombie fiction evolved.

The “Resident Evil” games also had a distinct impact on zombie fiction. Its cramped spaces and unpredictable scares started the beginning of a zombie game, film and comic franchise that continues to this day. Both “Resident Evil,” “Living Dead,” and “The Walking Dead” all moved away from the necromancy background of zombie lore, instead opting for origins based in mysterious diseases. Not many people are as affected by reanimated corpses coming from unnatural magic anymore. Books and movies slowly removed an evil stigma from magic, so the frightening idea of witches and warlocks is removed from our psyche.

Disease is something people are terrified of though, especially ones affecting the mind. This constant fear of rogue disease rapidly turning people into walking pathogens hell-bent on eating your flesh and taking your free will is certainly a fear that feels possible these days. This likelihood probably resonates with people, and while the horde mentality aspect of zombies still frighten people, not many are scared by the slow, shambling movements of them do not affect people the way it used to.

This is likely why so many zombie fiction writers have opted to speed up zombies such as in the game “The Last of Us,” the film “World War Z,” and these swimming zombies in “Fear the Walking Dead.” It introduces aspects of zombies that make them more of a threat than the traditional zombies we are familiar with.

Like most monsters, or horror in general, the things that make these creatures frightening changes with the times, and certainly zombies are no different. They have evolved and changed to adapt to people’s fears in the modern age.