The Washburn Review • May 3, 2016 • https://washburnreview.org/6736/news/honors-program-celebrates-with-final-party/ 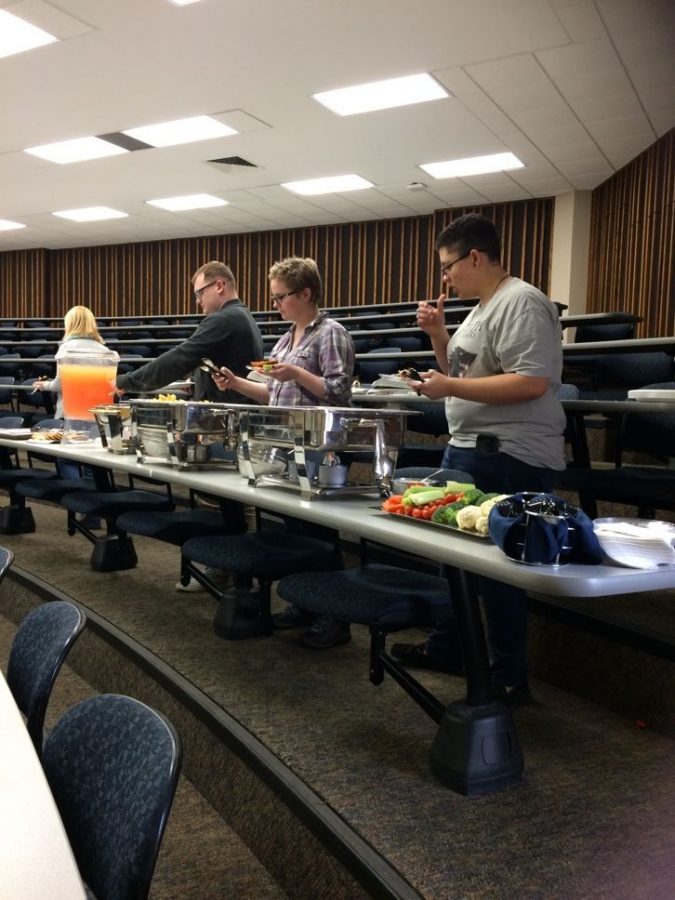 Honors students enjoy free food during their end-of-the-year party at 5 p.m. May 2 in Henderson Learning Center.

The Washburn Honors Program celebrated the conclusion of the spring semester with an end-of-the-year party at 5 p.m. May 2. The party commenced with a diverse selection of food for students including mini pizzas, a veggie tray, cookies and brownies and more. Approximately 15 students showed up to socialize and relax before the start of finals week on May 9. After the food was consumed, Emily Engler, Honors Program president, discussed a few orders of business and then engaged everyone in a game. The game was called “Concentration” and involved two teams. One team had to change five things about their appearance and then the opposing team had to guess the changes. The party ended with Engler wishing everyone luck on their upcoming finals.