The Washburn Review • May 10, 2016 • https://washburnreview.org/6732/homeless-photos/captain-america-civil-war-bursts-with-character-and-emotion/ 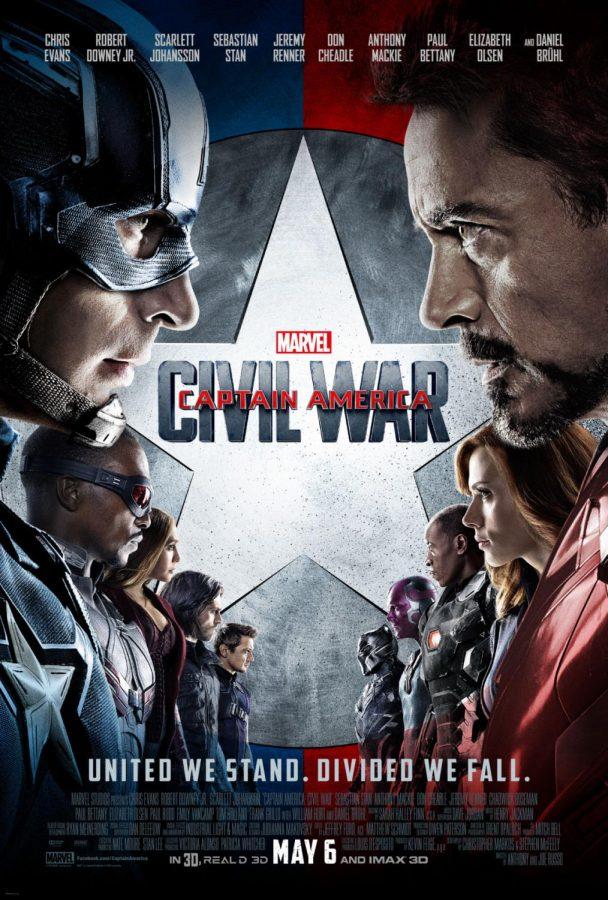 Divided we fall: “Captain America: Civil War” is filled with beloved superheroes from the MCU that audiences will already be familiar with like Captain America, Iron Man, Winter Soldier, Black Widow and Ant-Man, as well as new characters never seen on the big screen like Black Panther and Baron Zemo. It also is the first film to feature the MCU’s version of Spider-Man after Sony gave his story rights to share with Disney and Marvel Studios.