The Washburn Review • May 4, 2016 • https://washburnreview.org/6727/news/haitian-medical-mission-impacts-washburn-students/ 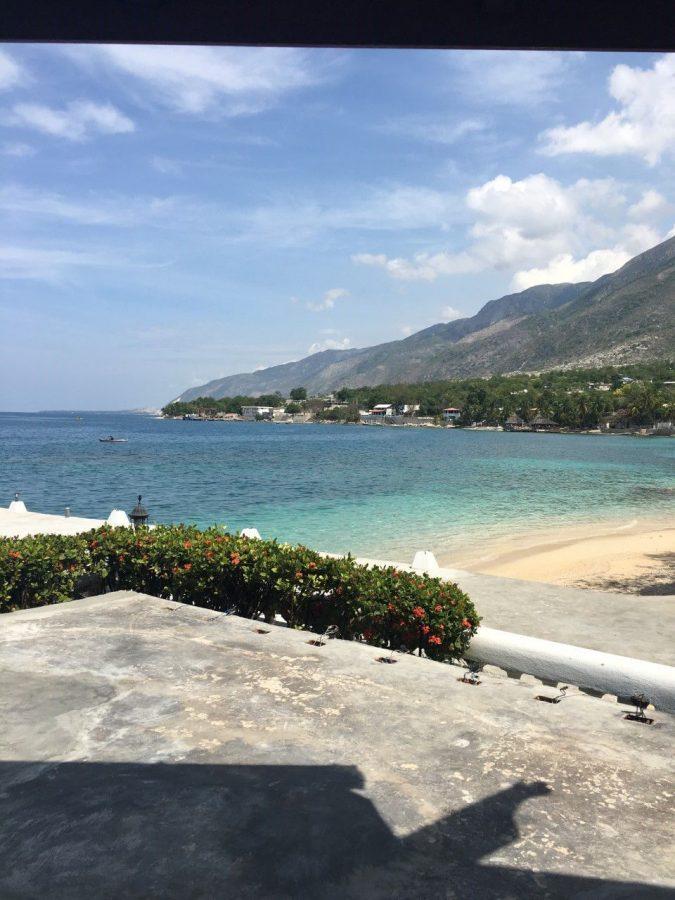 Although a poverty-stricken country, Haiti offered views of clear water and white sands for Washburn students.

Four Washburn students traveled to Haiti April 16-21 as a part of the faculty-led Haiti Medical Mission.

The program, which allows allied health students to study abroad while serving on a medical mission, was founded in November 2014 by Hillary Lolley, radiographer clinical education coordinator and lecturer.

“Right now we stick to medical mission trips because there aren’t a plethora of programs that are conducive for students that are in an allied health field,” said Lolley. “Usually mission trips that are medically based need a three-month commitment. So that was one of the things I wanted to change–to give students the option to participate while continuing their education.”

During the week-long mission, Washburn students stayed in a gated compound in Croix-des-Bouquets, Haiti, an orphanage developed by Haiti Lifeline Ministries. Students who attended the medical mission were given tasks that are pertinent to their major emphasis, such as taking vitals for local patients and assisting specialists with daily needs.

Although allied health students travel to Haiti to learn more about the medical field, the lessons learned from the experience stem far beyond just that.

“The biggest thing that students learn is the culture,” said Lolley. “Generally students are in their second year and have a good understanding of what health care is in the U.S. and so they get to contrast the two systems: Haiti’s non-existent health care system and the U.S.’s very established, robust health care system.”

For students such as Kori Meyer, junior x-ray technologist major, and Brilee Horn, junior radiology major, traveling to Haiti was not only their first medical mission, but also their first time out of the country.

“I’ve always wanted to study abroad, but I didn’t want to go for a full semester,” said Meyer. “Going to Haiti was the perfect way to go for just a week. Plus, I was able to help children.”

The six-day mission consisted of assisting locals with general health issues, traveling through the nearby mountains of Haiti to help those who were unable to attend the compound clinic and interacting with children of the orphanage.

“We got to take some of the kids at the orphanage to the beach,” said Horn. “A lot of the kids had never seen the beach before even though they live on an island.”

“We are very fortunate here. The health problems in Haiti that some people have are easily fixed in the U.S.,” said Meyer. “The hardest part was seeing that there was nothing we could do for some patients. Some people didn’t have long to live, so all we could do was pray with them.”

The large extent of medical attention that residents of Croix-des-Bouquets and the nearby city Port au Prince needed directly impacted Washburn students on a daily basis.

“We opened the clinic on the first day for wellness checks. After that we opened it to the community people from Port au Prince,” said Horn. “We went through 200 people in five hours.”

The experiences students such as Meyer and Horn received encompassed both the medical information about the country’s health care system along with the cultural education from the people of Haiti.

“Going to Haiti is a third world country experience for students. Seeing the level of poverty and the level of resources that [Haitians] have is difficult for students,” said Lolley. “It’s also difficult to become attached to some of the orphans and then have to leave so soon.”

The next medical mission trip to Haiti through Washburn’s Allied Health Department will be in November of 2017.