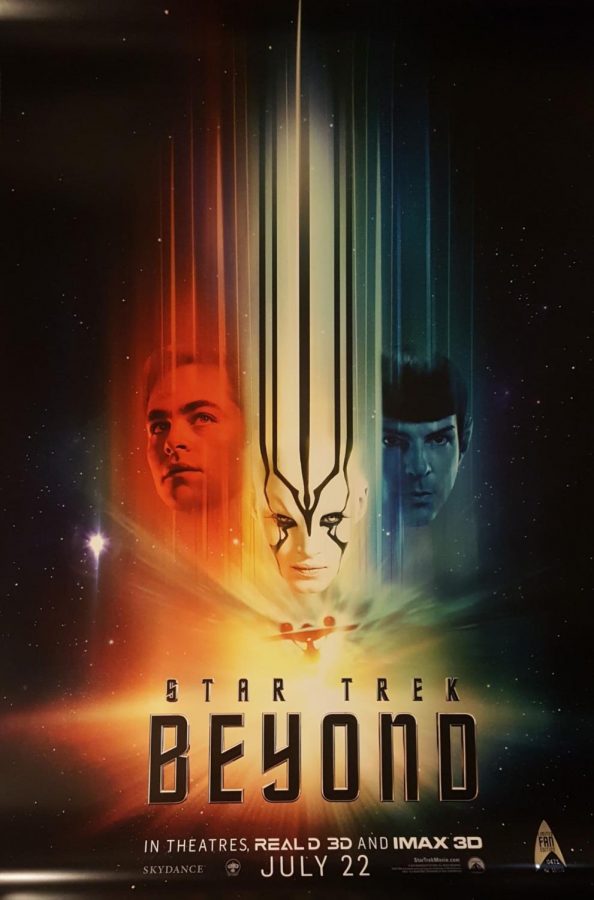 The “Star Trek” franchise is still very much alive.

In the third year of the Starship Enterprise’s five-year mission, Captain Kirk (Chris Pine) begins questioning how fulfilling his role as a captain truly is and whether he is living up to his father’s legacy. After a brief respite on an artificial planet known as Jamestown, the crew of the Enterprise enlists in a mission to help locate a scientist’s missing crew. When they arrive at the Nebula, they are met with a deadly attack and must find a way to stop the new foes who stand between the safety of their family and The Federation.

“Star Trek Beyond” is the latest installment in the 2009 rebooted movie franchise. This film loses the capable eye of J.J. Abrams but replaces him with action movie master Justin Lin. It also puts Simon Pegg – who plays Scotty in the film – in the writer’s chair, which gives the film a bright and vibrant comedic touch. The film, though lacking in challenging philosophical quandaries, exudes a lovable tone of optimism and in our time of turmoil urges us to fall into a world that accepts people for their unique traits and uses that to its advantage. The film succeeds because of this and delivers one of the best summer blockbusters to come out in recent years.

Before talking about the characters, I have to say upfront that the action in the film was outstanding. There were several sequences that were shot wonderfully, and my eyes were unable to leave the screen. One particular scene involving Kirk on the back of a motorcycle is absolutely riotous and riveting. It feels like something the series has always wanted to do but never had the technology or the know-how to pull off. All of this capable action is due to the eye of Justin Lin, who has been the linchpin in creating some of the best action stunts during his time with the “Fast and the Furious” franchise. Some of his direction for hand-to-hand combat is shot poorly, but all other action is vibrant and exciting.

The film not only provides the familiar characters with interesting tasks, but creates perfect pairings to maximize humor. The different ideals and personalities of Bones (Karl Urban) and Spock (Zachary Quinto) are matched perfectly, as Spock’s consistent need for literal terms irritates Bones immensely. It’s this kind of comedy that makes the movie a fun watch. Each actor and character already established does a great job as usual. Newcomers Idris Elba and Sofia Boutella also made for dynamic new additions to the cast. Boutella plays Jayla, an alien scavenger who befriends Scotty (Simon Pegg). Her character is distinct, both from a character and a design perspective. Her misunderstanding of certain human customs makes her immediately endearing, as well as her tough exterior and penchant for saying names incorrectly and not caring. Krall, played by Idris Elba, initially comes off as a boring, average movie villain, but his later motivation adds a lot of nuance and interesting development to the film’s plot.

This nuance doesn’t really hold up though. While “Beyond” tries to introduce certain philosophical concepts into its story, it usually fails. Although, the perfectly written comedic bits, the likeable characters, beautiful visuals and creative action scenes mean that “Star Trek Beyond” is definitely worth the trip to the theater.