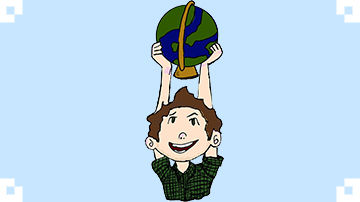 Americans nationwide are in a heated debate over football player Colin Kaepernick of the San Francisco 49ers, who refused to stand for the national anthem during an NFL preseason game on Friday, Aug. 26.

Kaepernick said that he was protesting racism and police brutality in the United States.

“I am not going to stand up to show pride in a flag for a country that oppresses people of color,” Kaepernick said. “To me, this is bigger than football and it would be selfish on my part to look the other way. There are bodies in the street and people getting paid leave and getting away with murder.”

On one hand, Kaepernick’s refusing to stand for the national anthem could be seen as an insult to American soldiers who stand behind the flag.

On the other hand, if Kaepernick stood – feeling forced to do so – even though he wanted to sit and protest the anthem, that could also be seen as an insult to the freedom of choice. It would be a pledge of fascistic patriotism, something that American soldiers during the Revolutionary War died fighting against.

Love for America and the freedoms our soldiers died for is one thing, but condemning someone for expressing disagreement with the government goes against what American soldiers fight for.

Kaepernick has also been called a hypocrite for protesting racial inequality when he has a $114 million contract with the San Francisco 49ers. While it’s a valid point that he probably doesn’t experience the same financial struggles of the lower class, anyone can still experience racism regardless of how big their paycheck is.

Most importantly, this argument is also ignorant to the power of a celebrity’s voice. Think of how much attention Kaepernick commanded nationwide when he refused to stand for the national anthem. On Aug. 30, Facebook Trending statistics indicated that one million users were still talking about what Kaepernick did four days later. This NFL player is an American with a megaphone that reaches nationwide, and he chose to use it.

Americans should be having a debate about Kaepernick’s message, not his choosing to sit during the national anthem. It’s every citizen’s right, earned by their forefathers, to criticize the U.S. government. What makes standing for the national anthem important isn’t having to do it, but rather our wanting and choosing to do so.