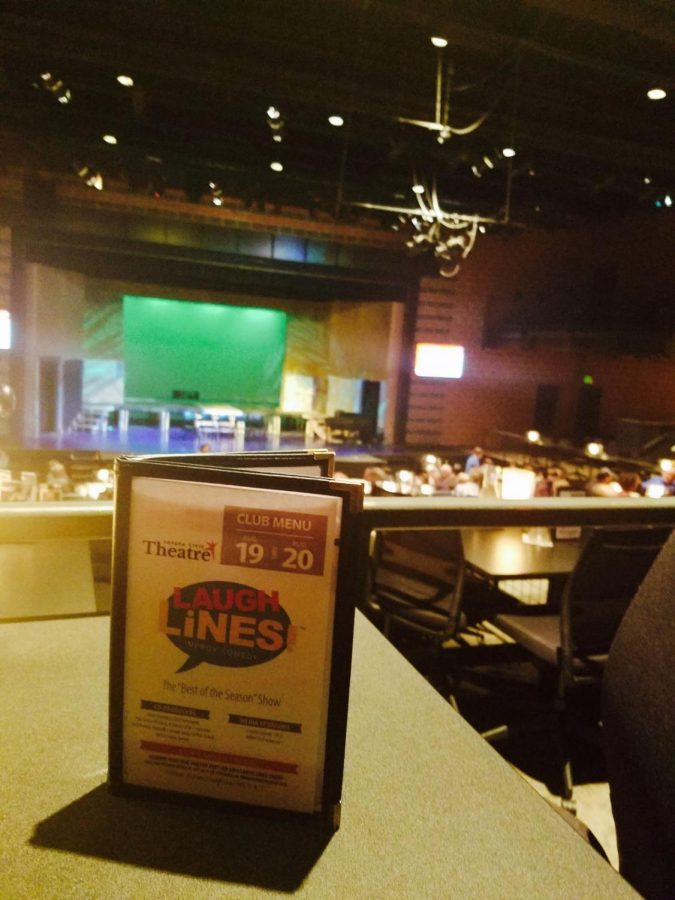 Full House: an audience waits in anticipation for the show to begin.

Laugh Lines, a local improv comedy troupe, sold out its latest show at 8 p.m. on August 19 to 20 at the Topeka Civic Theatre.

The troupe performed its “Best of the Season” show at TCT’s packed mainstage theatre.

Comedian Shannon Reilly kicked off the show with a quick solo routine. After warming up the crowd, she acted as the troupe’s M.C. between scenes.

The Laugh Lines crew kept the audience immersed in the show was by playing games that required contribution from the crowd.

For example, a game was played in which audience members supplied a movie character and a different movie. Comedians would have to impersonate the actor auditioning for that movie, and troupe member Alex Krumins would try to discern the actor and movie being portrayed. Some misplaced characters include Elmo in Brokeback Mountain, Lucille Ball in Weekend at Bernie’s and Barney Fife in Good Fellas. The actors did a great job, and Krumins picked up on every single one of them.

Another game involved a telephone style charades game. The audience picked a murder victim, weapon, and place. A chain of comedians than acted out the murder, each one having less time to portray the event. At the end they went through from the most recent to the oldest performers, trying to guess correctly all three words. For the first time in Laugh Lines history, all three were guessed. The Hamburgler on the Hindenburg with an iceberg.

Various sketches also rollicked on the stage. The first poked fun at the recent smart appliance phenomenon, in which everything from vacuums to toaster’s has to be smart. The skit featured a very confused Roomba and an overly involved computer. Another made light of the awkward situation of meeting your ex while on a date, and Ted Shonka did well as a very snarky waiter.

The next show from the troupe will be the “Holiday Special” at the Topeka Civic Theatre November 11 and 12.