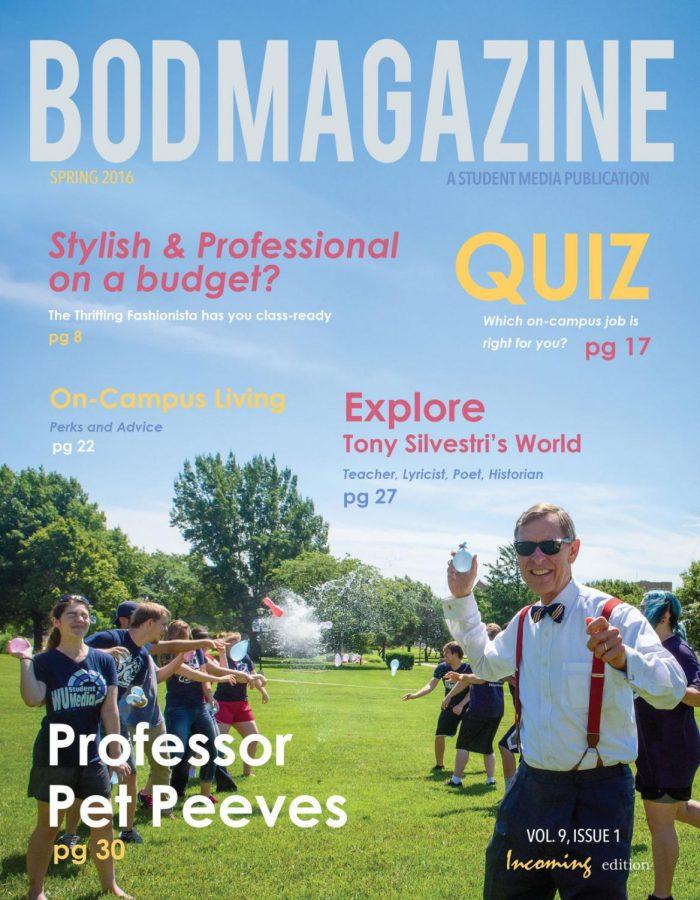 “Choose your best shot. Be right. Persist,” said Larry Niven. Niven is a graduate of Washburn University who earned a bachelor’s degree in mathematics in 1962. He is a successful science fiction author who holds several awards of high acclaim including a Nebula Award.

His mathematics degree may not seem applicable at first. However, he used his analytical skills he acquired from Washburn University to shape the universe of his Ringworld novels.

Instead, he persisted in his writing.

Similarly, famous actor, writer and rapper Ice Cube (O’Shea Jackson) chose rapping over architecture. During his stay in the NWA, Ice Cube pursued a one-year degree in architectural design from the Phoenix Institute of Technology. Ice Cube chose his best shot while having another option.

A top 10 list from USA Today, published in 2014, does not rank either architectural design or mathematics. The list starts at no. 10 with history, and at the top is business administration. Both Ice Cube and Niven are still successful with the degrees that they chose.

Niven said, “I went for what I was good at. I was taking classes for fun the first two years.”

Many successful people got degrees in things they enjoyed but ended up somewhere else.

George Clooney majored in journalism but dropped out to pursue acting. Clooney used what he learned from journalism classes as background information for the film “Good Night and Good Luck,” which he directed.

Sir Arthur Conan Doyle had a medical degree from the University of Edinburgh. Doyle is famous for his Sherlock Holmes novels. Doyle applied the inquisitive nature of a physician to Holmes’ detective abilities and quirks.

Sarah Palin, who has a business administration degree, went on to apply that to her pursuit of being the ninth governor of Alaska along with a run as the United States vice president candidate for the Republican Party in 2008.

Palin, Doyle and Clooney chose what was right for them while still pursuing degrees.

“Be stubborn. Do your homework until it is fun,” Niven said.

One of the important things about a degree is not how much money it will make, but rather how the knowledge can be applied.

This is an article from the Spring/Summer 2016 Bod Magazine. Pick up your FREE copy today WITH additional content in front of the Student Media Office located on the lower level of Memorial Union.