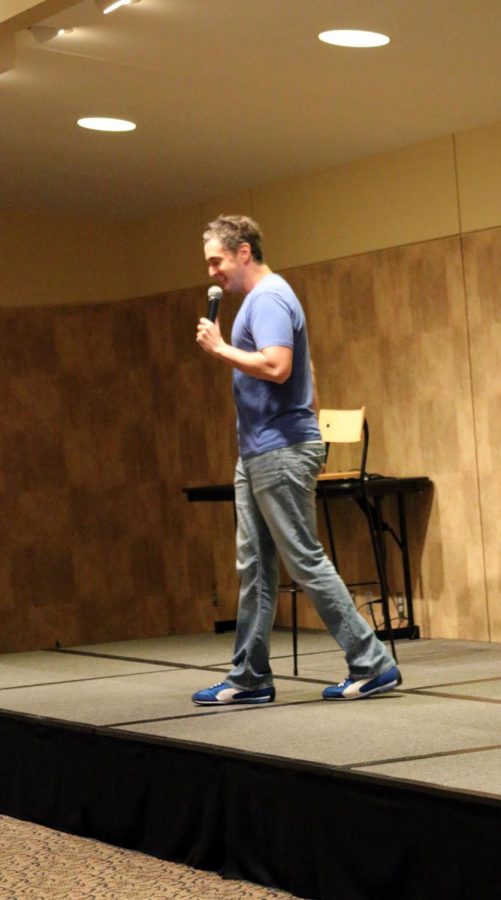 Washburn’s Welcome Week included a variety of events, everything from the adrenaline rush of Rock the Rec to the sweet relief of Sundaes on Sunday. Comedian Eric O’Shea continued the Welcome Week fun by bringing his stand-up routine to Washburn at 7 p.m. on Sunday, August 21.

After a few minutes of jokes about arm fat, fun ice breakers during orientation and dealing with slow drivers on I-70, O’Shea’s slap-happy humor was a massive hit with audience members.

“I would say his jokes are really goofy and they could appeal to everyone’s different range of comedy,” said Kelsey Johnson, sophomore special education major.

In his act, O’Shea not only commented on college experiences, but also ragged on this generation’s supposed lack of parenting skills. O’Shea’s comments about his own childhood grocery store outings turned into a story about how his mother used to discipline him, much like many of the parents of the students in the crowd.

“I loved the show,” said Fairchild. “He was so funny. I loved it when he was talking about when he was driving and dealing with slow people and his reactions to them, and how he sings when he drives. All of the driving stuff was so funny because I sing when I drive to.”