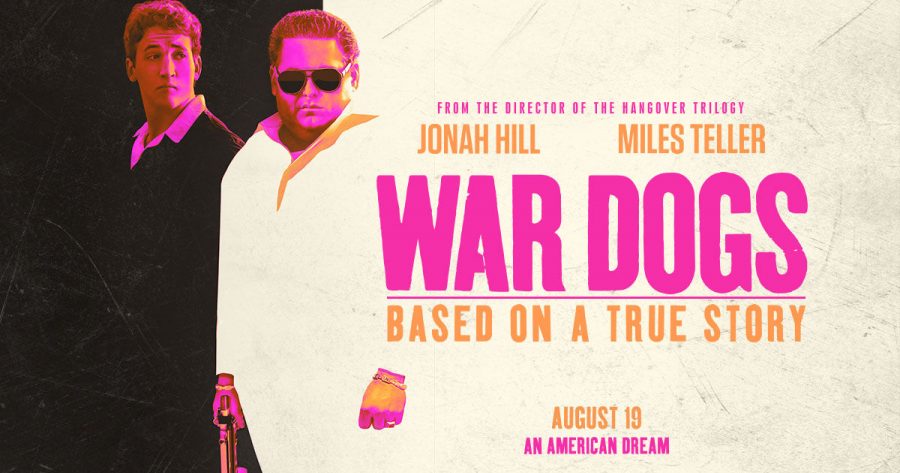 Many events in “War Dogs” are either highly exaggerated or complete lies. The men the story was based on never smuggled guns from Jordan through the Triangle of Death to a US military base in Iraq.

It is such a shame that Jonah Hill and Miles Teller felt that they needed to work with the man who made “The Hangover” trilogy.

David Packouz (Miles Teller) is a young man who–after reuniting with his school friend Efraim Diveroli (Jonah Hill)–is talked into being an arms dealer for the U.S. government. When they are given one of the biggest military contracts of all time they scramble to fill their end of the bargain while partying it up in the Middle East.

Both Hill and Teller are talented actors, and thankfully they do the best they can in “War Dogs” with the minimal amount of direction they were given. “War Dogs” doesn’t feel like a failure, it’s more of a complete bore. It is so aggressively average, so unabashedly weak in its comedy, that it falls flat on its face.

While the acting is as good as it possibly can be, the characters are still a total bore. Miles Teller is just an average guy who only occasionally does anything interesting in the film, spending most of the movie being high and complaining. Ana de Armas, who plays Packouz’s girlfriend, is devoid of any personality at all. Her character continuously takes back Packouz despite the abnormal amount of times he has lied to her about selling guns. There’s an odd appearance from Bradley Cooper who simply never blinks and says really weird things for the 15 minutes that he actually appears. The only possible saving grace is Jonah Hill, who really feels as though he has fully committed to his character of Efraim. The director seems to have told him to do some weird Joker impression that results in an unnecessarily crazy portrayal. He is the most commanding presence on the screen.

Beyond that, the film only fails because of its inane aspirations. While the movie spends its early moments trying to ponder the dubious profession of the main protagonists it never actually succeeds in vilifying their actions. The film does not force us to watch antiheroes, it states that war profiteering is bad, but then treats Packouz and Diveroli as entertaining heroes. It isn’t “Wolf of Wall Street;” it’s a bad “Scarface” impression.

The editing was also terrible. It attempts to utilize a chapter format, but it doesn’t feel as though the chapters are actually separate from each other in any way. It also has incredibly odd choices in music, matching a dramatic arrest scene with the poppy entrance to The Who’s “Behind Blue Eyes.” Once again trying to sympathize despicable characters with the line of “No one knows what it’s like to be the bad man.” Apparently neither does the team behind this movie.