Theatre major aims high for future in the arts 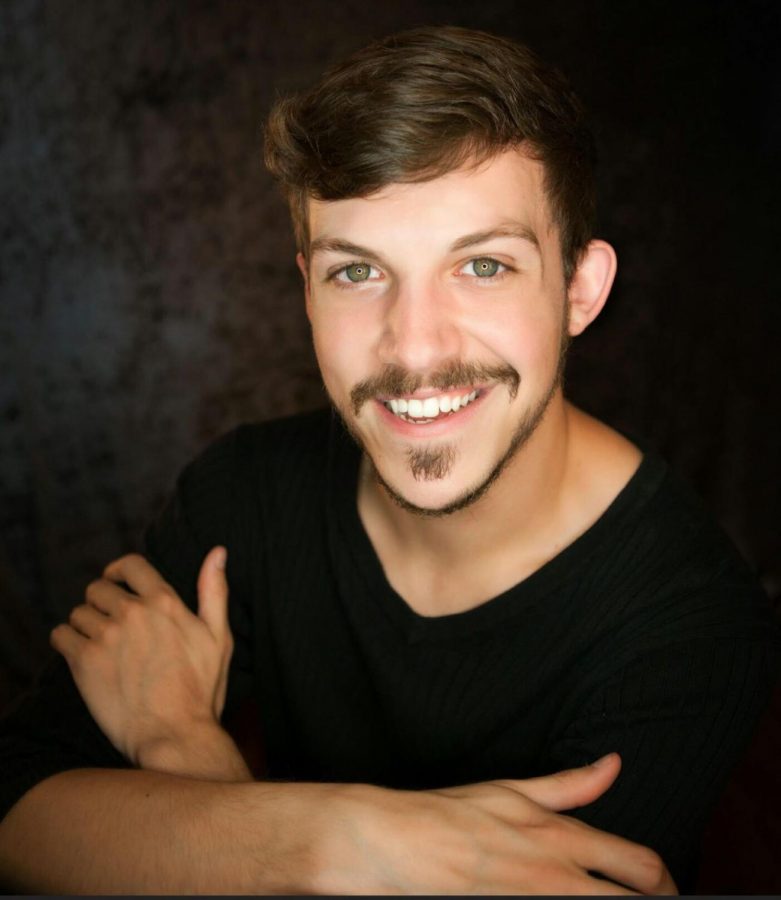 Alex Laughlin is a theatre and art double major, entering his senior year at Washburn University.

Laughlin was born in California but raised in Waterville, Kansas. Since coming to Washburn in the fall of 2013, he has been in eight productions put on by the Washburn Theatre Department, including all four productions put on over this past school year: “Mauritius,” “Into the Woods,” “The Nether” and “This is Our Youth.” He had the privilege of being a lead actor in the latter two plays.

He was originally drawn to Washburn for the affordability compared to some of the other public four-year universities in the area, but was quickly dazzled by the strong theatre department.

“[The theatre department] has really good professors that are all very unique and dynamic. I figured I could get the most experience in that department than in any of the other big names,” Laughlin said.

When he’s not doing theatre, Laughlin also has a passion for creating art. He explained that he tends to go through phases, his current one focusing heavily upon abstract painting. He is also currently taking an illustrative class on landscaping to build up his drawing skills.

“I love doing [art]. I work in any medium I can get my hands on. I love to experiment,” he explained.

Laughlin has many inspirations for his acting career, which include household names such as Bryan Cranston, Meryl Streep, Rainn Wilson, Leonardo DiCaprio and Johnny Depp, noting his admiration for Depp’s versatility. Laughlin’s inspirations for art include Tom Thompson, Tim Burton, Salvador Dali and Monet.

Laughlin is planning on graduating with his degrees in the Spring of 2017. Afterward, he plans on moving to Ashland, Oregon, to pursue his acting career more intensively.

“There’s a good theatre crowd there. A lot of directors from LA go there to look for talent,” he said.

After building up connections and honing his craft in Ashland’s theatre scene, Laughlin hopes to become a film actor.

“To create is a therapeutic and meditative process for me,” Laughlin said. “There isn’t a day that goes by where I haven’t created something. I create to express my feelings and I translate those thoughts into physical images, in the hopes that others experience some kind of feeling through my work. I try my hardest to experiment with different mediums and techniques to advance my art, in which I strive for uniqueness. I create to relax, but I also create to develop different perceptions of thought that are always running through my mind.”