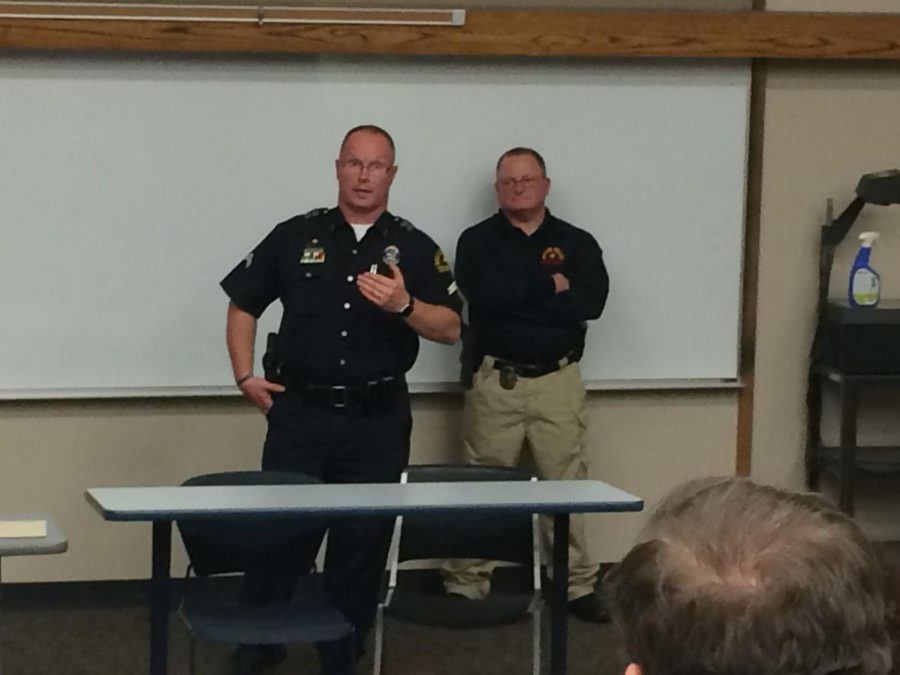 Washburn University hosted guest speakers from the Dallas Police Department to discuss violence against police and the use of force Sept. 13 in Henderson 100. This event was sponsored to provide insight on police brutality across the United States.

Dan White and Paul Pratt of the Dallas police Department, shared the floor with the Shawnee County Sheriff’s Office and the Topeka Police Department.

“This event was an opportunity for students and faculty to capitalize on opportunity about policing and community engagement within law enforcement,” Alexander said. “We want the students to address policing and the issues we see today.” White began the discussion by referencing current events, such as the Dallas sniper attack that occurred July 7, as well as elaborating on what happened. He explained that social media had over exaggerated what happened on that day.

“The only way we can help is by using the surrounding community, which means we need to trust each other,” White said.

The Topeka P. D. explained some of the community engagement activities that they do, like serving pizza at Pizza Hut.

“We want to engage officers to be a part of the community,” Jones said. “Community policing is nothing new. Mutual respect for each other is important.”

After the introductions and the explanation on community engagement activities, the discussion continued as a question and answer venue.

One question that was asked regarded the recurring situations between the citizens and law enforcement.

“Basically, how I view this issue is to always be professional and do your job correctly,” White said. “As chief David Brown tells us at the Dallas Police Department, you are always on television, so act accordingly.”

Countering this, Jones discussed the differences between the 1960’s and today’s issues with law enforcement, referencing the Vietnam War and the Korean War as examples.

“Before Vietnam we did not have television,” Jones said. “This brought the war into our homes and that changed our jobs drastically.”

Another question that was asked referred to why officers have cameras or video on them at all times.

Jones explained that this is a way to have a form of evidence.

“Don’t be so quick to make judgements on a video that was not posted by the police department,” Jones said. “This only shows the videographer’s point of view.”

Following this question, the speakers encountered questions about social media and communication in general.

Jones explained how the Sheriff’s department uses their social media page to encourage safety and precautionary measures within the community.

Officer White added to this statement.

“Our goal is to educate people, to do the job, do good and go home,” White said.