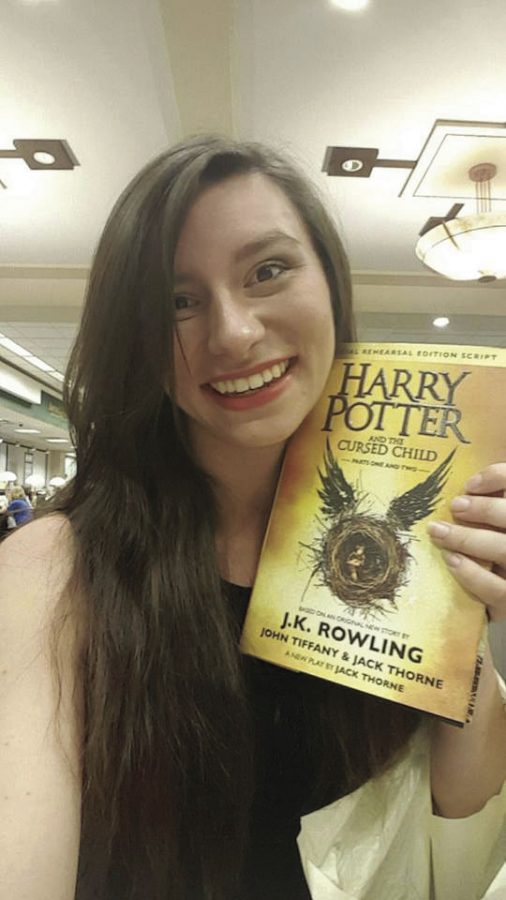 Heads Up: In her spare time, Dennison reads avidly. Her favorites have included the “Harry Potter” series, “The Lord of the Rings” and “Diary of a country Priest.

Over the summer, Dennison was featured in Topeka Civic Theatre’s production of “The Little Mermaid” as a member of the Princess Ensemble. She spoke highly of her co-stars in the show and what she’s learned from her first experience acting outside of an educational environment.

“[I’ve enjoyed] meeting so many new people and coming to the realization that these people take voice lessons and dance lessons,” Dennison said. “The girl who plays Ariel, she’s going to New York in December and she just graduated from [the University of Kansas]. It made me realize all the things that I’ve done in formation and all of the things that I desperately need to do before I graduate. I think that’s the most valuable thing, as well as the reality of the intricacies of this industry.”

Dennison was born in Las Vegas, Nevada, and then spent the majority of her childhood in Buloxi, Mississippi. She grew up with parents that frequently moved, so she also spent time in northern California, until landing in Rossville where she still resides.

She attended high school first at Rossville High. Before her junior year she transferred to Hayden High School, which was her first experience with Catholic school.

“The theology formation I got there gave me a strong base for my morals and values for when I came away from all the private school life, and it’s helped me to keep going in a straight line,” said Dennison.

Dennison graduated from Hayden High School and decided to attend Washburn University because it had a major that used mass media to focus on film and video in addition to a strong theatre department. She decided on these majors so she could get the acting and designing experience, as well as the technical experience on the film side, so that she can learn to work on both ends of the camera.

In addition to acting and learning the technical aspects of theatre, Dennison also enjoys choreographing sword fighting scenes for the stage, a skill she picked up from her years of high school theatre.

During her time here at Washburn, Dennison has been in four shows, including “The Crucible,” “Mauritius,” “Into the Woods” and “This is Our Youth.” She has also worked on the technical side of two shows, “The Nether” and “The Turn of the Screw.”

Dennison also spoke about her acting inspirations, dropping the famous and popular names Emma Watson and Jennifer Lawrence. Dennison showed admiration for Watson’s professionalism and what she stands for. She also enjoys the way Lawrence really delves into each character she plays and loses herself to the role.

When Dennison is not performing or helping the theatre department, she enjoys reading the works of J.R.R. Tolkien and Georges Bernanos, as well as playing airsoft, doing archery, skating and spending time outdoors with her best friend.