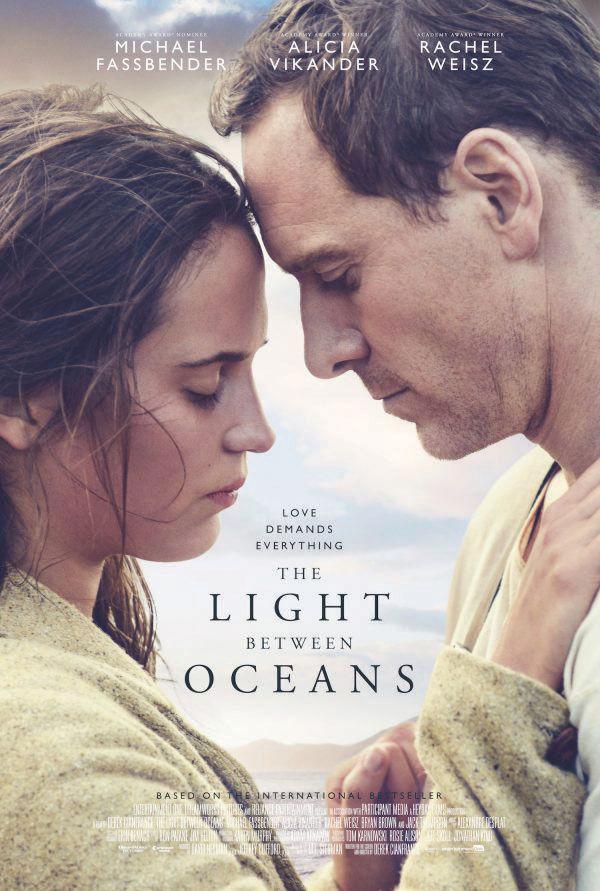 Best-seller: “The Light Between Oceans” is based off of the well-received debut novel of M.L. Stedman. Lead actress Vikander has also made waves in recent years by starring in “Ex Machina” and “The Danish Girl.”

The oddest feeling in the world is to praise a film that you didn’t really garner that much joy from. Then again, “The Light Between Oceans” isn’t an experiment in joy, it’s a dark interpretation of the way grief can drive us. It’s a heart-wrenching film, one that isn’t afraid to show you the ugly side of love and desperation. While I can’t say I found myself enamored with “The Light Between Oceans” it is certainly a remarkable film with great performances, beautiful vistas and an intriguing plot.

A recovering soldier, Tom Sherbourne (Michael Fassbender), desiring a brief respite from society, takes a job watching over a lighthouse on a remote island. He begins to write letters to Isabel Graysmark (Alicia Vikander) on the mainland and they decide to marry. When an infant girl washes ashore on the island the couple decides to adopt the young child. When they discover that the mother of the lost child happens to live in the town they often visit, they must struggle on how to handle the situation and how to keep their relationship afloat.

“The Light Between Oceans” is an exploration into how sorrow can affect one’s emotions. Tom and Isabel’s choice to keep the lost child stems from a very desperate place in their relationship. It’s a very dark and depressing decision and affects them differently. The introduction of the child’s mother only further exacerbates their disagreement and their relationship with their adopted child slowly deteriorates as their guilt can no longer be hidden. These moments of sadness are expertly performed by the two virtuosos at the helm. While Vikander and Fassbender have often picked poor films to appear in, their performances are always tremendous. The same goes for their time in “The Light Between Oceans.” Sadly, the characters of Tom and Isabel feel incredibly familiar. While their story is unique, their personalities are not. That can be said for anyone in the film, which is one of its biggest flaws.

Among other issues is its consistent overly melodramatic storytelling. It continually conjures up unnecessary ways for the story to become sad even though its later moments do not justify their overtly melancholic attitude. This all makes the second half tiring to sit through, and the movie feels half an hour longer then it should be.

While the movie’s great acting, beautiful ocean vistas and well-managed cinematography make for a stunning film, still doesn’t add up to anything much. It’s an empty film with some occasionally emotional moments of sorrow and grief. It’s a far cry from what writer-director Derek Cianfrance is usually capable of: moments of true and believable emotion between nuanced and interesting characters.