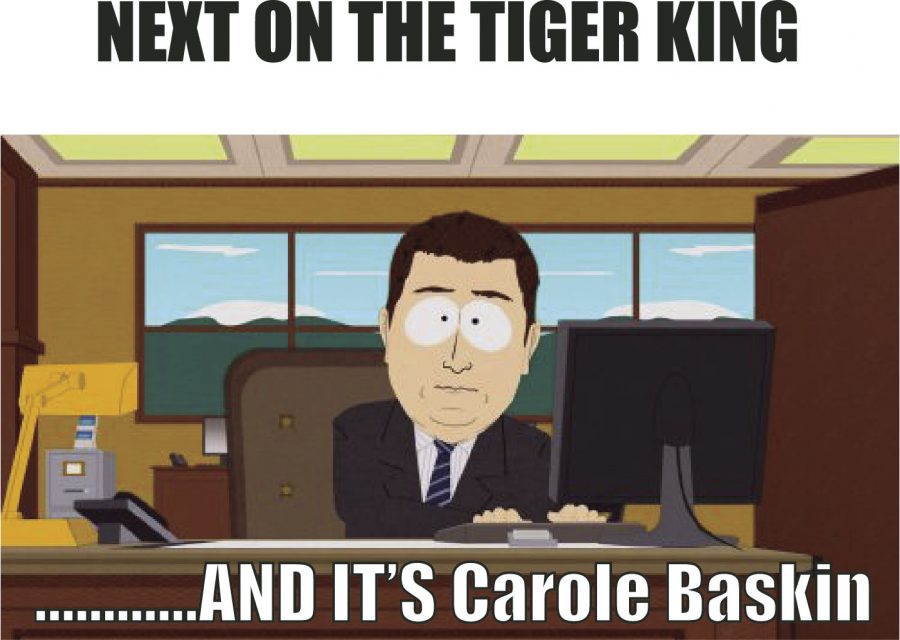 Putting out the fire with gasoline: I can safely say that despite the inevitable sensationalized bits, 'Tiger King' is entertaining to beginning to end. Pictured is criminal Joe Exotic, and one of his tigers.

I will come out and say that I don’t watch documentaries very often—especially Netflix ones.

In the past, I have seen them as episodes long filler sessions with little interesting and pertinent information, obviously showing that they should have been two parts or just a single feature film. I can name my three favorite documentaries right off the top of my head: Ken Burn’s Vietnam War, HBO’s Paradise Lost series and Cocaine Cowboys. The contrarian in me was originally skeptical putting on Netflix’s ‘Tiger King,’ but it goes without saying, I was glued to the screen every minute.

Long story short, it is a reality show / documentary about Joe Exotic, a flamboyant exotic animal owner of a zoo in Wynnewood, Oklahoma whose main specialty is, you guessed it, Tigers. It covers him, some of his other rival exotic animal owners and all the murder and frequently unbelievable mayhem that surrounds him. Other than the zookeepers and “little guys” who are pretty much all victims to the happenings, nobody is likable. There is a cult-like exotic animal owner “Dr” Antle, the reformed, drug-dealing inspiration for Scarface Mario Tabraue, and the ultimate meme-woman of the series, Carole Baskin, among other strange, almost caricatures of humans. Oddly enough, Tabrue is one of the most normal and stand-up people in the documentary, and really, those big players other than him are incredibly hateable making it extremely hard to choose a side.

Nevertheless, Mr. Exotic is currently in prison, and the documentary tells a long colorful story, involving human and animal murder, animal abuse, a missing person’s case, drugs, coercion and manipulation, and contract killings, all showing how Mr. Joe found himself where he is now.

The first thing I can say on what makes it so enthralling is the subject matter, it has you glued from beginning to end. It starts out quite funny, but it grows more and more depressing at it goes on. And, much to my surprise, there is absolutely no filler. Contained within 7 episodes, it was refreshing to see that the runtime was taken advantage of, even leading to eventual continuations. It really shows how lucky these documentarians have ended up stumbling onto this goldmine of deep southerners and everyone else, and I often wondered about the safety for the ones filming.

It starts out with the rivalry between Exotic and Baskin, and it just gets worse, ramping up in sheer extreme circumstances that you wonder how sensationalized it is: one of the possible weaknesses it has. Every one of them is equally fascinating to listen to, and as I’ve said before, I can’t believe some of these people are real. It has also had allegations of cutting certain moments that paint Joe as even lesser of a moral human, which I would definitely be interested to see.

Overall, Tiger King is 100% worth the hype. There is no documentary I have seen like it, and I definitely think that documentaries trying to ride off its success will have a massive shadow to live under. It blew my expectations out of the water, and to anyone questioning whether to start it, I can safely say it is absolutely worth your time.