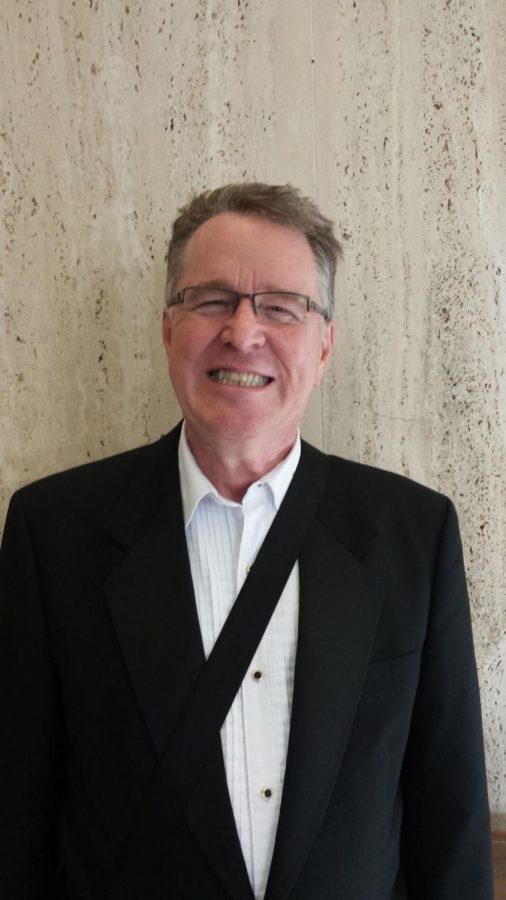 If one word comes to mind when discussing the faculty concert held Oct. 14 in White Concert Hall, it would be harmonious. Not only in describing the beautiful music that night, but also the relationships between student and professor. Both students and community members attended the concert to celebrate the talent of Washburn’s faculty.

Sowerby is considered to be the Dean of American church music and he won the Pulitzer Prize in 1946. Sowerby passed away in 1968 and his “Passacaglia” was composed a year before. The piece’s sound mirroring the trumpets and splendor of Sowerby’s vision made it the perfect introduction to a night of beautiful music.

A key performance of the night was from associate professor of violin and viola, Dr. Yu-Fang Chen. She was joined by Shuting Ye, a music major, on piano. Ye and Chen’s duet is the perfect example of the compatibility between student and teacher that the Washburn music department is known for. Chen and Ye played the first movement of William Walton’s “Viola Concerto.” The duet garnered rapturous applause from the audience.

The most notable performance was from Dr. Lee Snook, professor of vocal music, who performed Poulenc’s, “Chansons gaillardes.” Snook hasn’t performed in the faculty showcase concert in four years. “I’m getting old,” Snook said referring to why he hasn’t returned. Before now Snook’s ability is as great as it always has been according to his students. Snook found joy in the songs he performed Friday evening. “All of these songs are immensely beautiful, but they are filthy,” he said, with a wide grin and animated hand movements.

Poulenc wrote the songs in 1925 for his baritone friend Pierre Bernac and the lyrics are all based off bawdy songs sung by drunk soldiers. While the true nature of the songs are too inappropriate to divulge here there is no question that the difficulty of the music and its melodious beauty was handled brilliantly by Snook. His students and fellow faculty members were quick to congratulate him.

Snook has a large list of accomplishments. The man has been a soloist for numerous musical ensembles. The list includes but is not limited to the Chicago Symphony, the Springfield Regional Opera, the Kansas City Opera and the Topeka Symphony.

Snook earned his Doctorate of Musical Arts from Michigan State University. He once went on a sabbatical to study music in Milano and had a four week master class at the Mozarteum in Salzberg, Austria.

The concert ended with a performance from the Washburn Faculty Jazz Ensemble which includes Dr. Craig Treinen, Dircetor of Jazz Studies at Washburn, and Dr. Tom Morgan, the director of Washburn’s Percussion Ensemble and Vocal Jazz Ensemble. Also performing in the ensemble was Jeffrey Utter, an adjunct instructor for Washburn.

The department of music’s next event is the Opera Studio’s Chamber Opera at 7:30 p.m. Oct. 21 and Oct. 22 at White Concert Hall.