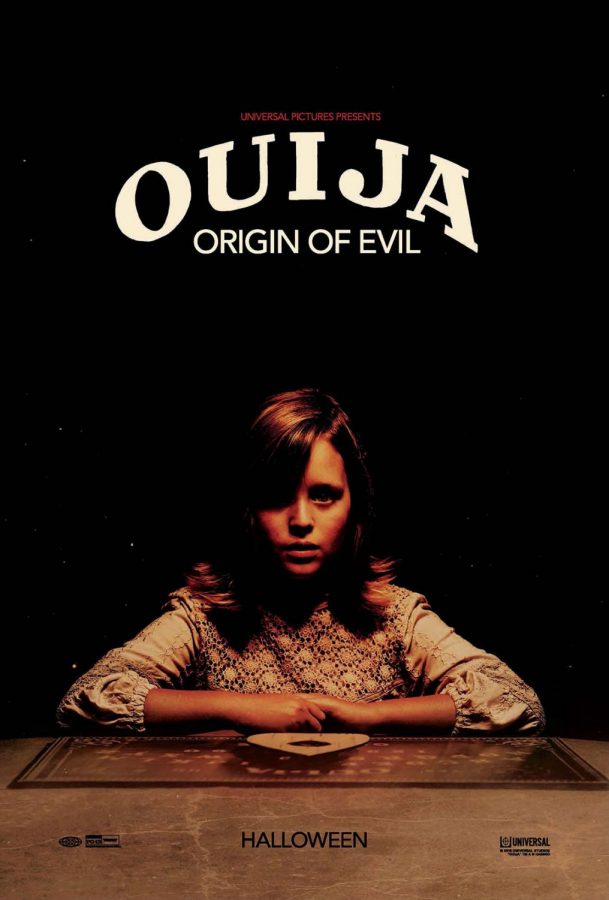 Possessed: There’s something wrong with little Doris Zander in “Ouija: Origin of Evil,” a prequel to 2014s “Ouija.” The original film grossed over $100 million on a $5 million budget.

“Ouija: Origin of Evil” is a deliciously creepy slice of supernatural horror driven by a beating heart.

Putting it politely, “Ouija” was not a good movie. It was a bland, tacky and all around fright-less mess of a picture with few, if any, redeeming qualities. The same cannot be said of “Origin of Evil,” which not only manages to be compulsively watchable, but genuinely unnerving.

The bulk of the credit should go to writer/director Mike Flanagan (“Oculus”) who takes his cues from the best genre pictures of yesteryear. As the first frame of the ‘80s Universal logo flashes across the screen, it becomes clear what kind of movie Flanagan has crafted.

It cannot be overstated how strong the cast is. Reaser flawlessly showcases a woman who’s loved and lost in a sympathetic, yet accessible fashion. Annalise Basso, reuniting with Flanagan from “Oculus,” brings a certain gravitas to her role as older daughter Lina, who fills the role of the rebellious teenager with skepticism towards things. Yet, Lina isn’t a stereotype, she’s fully-formed and realistically written. Her arc is familiar but it feels earned rather than forced, progressing naturally without writer’s demand.

Seeing as Flanagan’s inspiration from films of the ‘80s is so prevalent (did I mention he’s even added reel changes?), it only makes sense that he’s enlisted Henry Thomas (“E.T.”) as Father Tom, the would be exorcist whom the family turns to when Doris starts to spiral out of control. Young Lulu Wilson is absolutely sensational as the demonic child who gives “The Omen’s” Damien a run for his money. She effortlessly conveys the innocence of a helpless youngster, which only emphasizes her changes during possession. It’s both heartbreaking and terrifying.

Flanagan wisely keeps the focus on the family, with the supernatural elements remaining secondary to the mother being torn apart from her daughters. There are times the picture drags a bit, but it’s never boring and there’s always a certain chill in the air so to speak. And while some of the ghost effects show their limited budget, they appear sparingly. It’s always scarier when you can’t see them as Flanagan clearly understands.

“Ouija: Origin of Evil” has no right to be as good as it is. For whatever reason, the first film was successful and the producers simply could have cashed their checks, rinsed and repeated. But they didn’t. Instead, they brought on a terrifically talented crew filled with enthusiasm and ideas and let them execute. The results are wonderfully scary.